How Sigma Empaths Tame Narcissists. Some people do the best that they can to avoid the pangs of the narcissist’s abuse, while some effortlessly stay afloat and not move a muscle to defend themselves. Who are these people who are neither threatened nor triggered by narcissists? Well, they’re the most resilient, composed, and independent— sigma empaths. So, how does this rare breed of humans tame their predators?

Sigma empaths will never allow themselves to be slaves of narcissists’ demands. They live their lives to the fullest without anyone’s permission and approval— this is why narcissists can never dominate them. As a sigma empath, do you agree with this? How do you tame narcissists in your own ways?

Updated September 17
Should I tell a narcissist that I know their games and who they are?

Realizing you are dealing with a narcissist, is like breaking the Enigma Code. 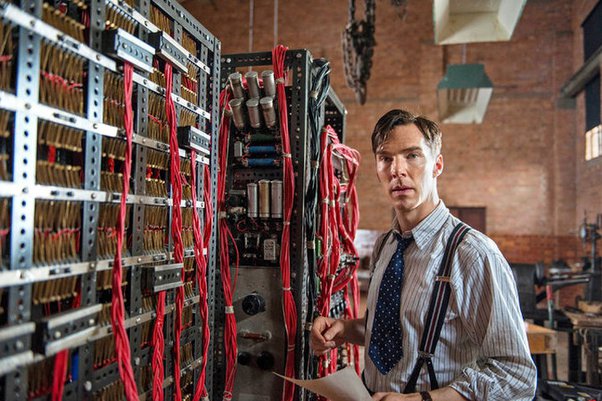 You now know their modus operandi, their plan of attack, their systematic game against you and others.

Should you reveal you have cracked the Enigma Code, that you are on to them?

My usual view is, no. Don’t let them know.

Instead, avoid them where you can, let them get away with small inconveniences against and, where it matters most to you, leverage all your knowledge and understanding against them.

So that any material attack against you, backfires tremendously on them.

They will not really process you are on to them, but will feel quite confused. They will see you as a danger zone, even though they do not understand why.

And they will not mess with you.

Check out my YT channel, where I talk about narcissism – Joe Inda House

This is the ONLY Way to Make a Narcissist Respect You//Do you want to know how to command respect from a narcissist so that you are no longer living in fear of them or paralyzed worried about they are going to say or do? There are a few secret tricks to getting narcissists to be the ones eating out of your hands instead of the other way around. In this video, I am sharing all of them including the one big one – the only one that will really have them giving you the props you deserve.

ABOUT ME:
Hi, I’m Rebecca Zung, I am a narcissist negotiation expert. I’ve been recognized as one of the top 1% attorneys in the United States.

I’ve written a couple of best-selling books, “Negotiate Like You Matter” and “Breaking Free: A Step By Step Divorce Guide”.

I help people negotiate with narcissists in business settings, divorce settings, family law settings. I help you get out of those relationships with your dignity intact and with the outcome you want and deserve.

Be sure to subscribe and hit that notification bell to get notified when I upload new videos.
https://www.youtube.com/channel/UCnhT…

Disclaimer: The commentary and opinions are for informational purposes only and not for the purpose of providing legal advice. You should contact an attorney in your state to obtain legal advice with respect to any particular issue or problem.

How do you make a narcissist respect you?

You should be aware of one simple fact – narcissists don’t really respect anyone, especially in a functional sense. They can have respect for someone if it is potentially beneficial for them, but it is difficult to expect honest and authentic respect from someone who is neither honest nor authentic. What a narcissist can do is respect a person’s power, privilege, money, physical appearance, prestigious occupation, social status, unavailability – in other words, they can “respect” everything they want for themselves, except the person who possesses those things.

Even that “respect” for superficialities other people possess is laced with envy, which is also one of the core characteristics of the narcissistic personality. In some instances, it is important that you make a narcissist “respect” you, because you might work with them, have children with them, or something similar, so you are unable to just walk away. There is still no magical cure for narcissism, so employing different strategies to make them at least pretend to respect you might sometimes be necessary.

In today’s video we show you how to command respect from a narcissist so you can take control of the relationship.

A man from Los Angeles has become aware of both anger and narcissistic tendencies along the path, which surprised him. He asks how to integrate shadow work when these aspects come up. Rupert suggests he notice the impulse, but not identify with the anger or the narcissism, because what he truly is, is neither angry nor narcissistic.

This clip has been taken from Rupert’s Seven Day Retreat at Home in August 2020.

Okay. Once again, it is time to set the record straight. Narcissists do not read people, they “read emotions.”

See, the devil cannot read minds. The devil can only read emotions because he feeds on them. The devil is using narcissists as human vessels, and that is why the narcissists need to feed on emotions. They are adrenaline junkies. Yep. Narcissists are hooked on norepinephrine, NE, (aka adrenaline).

Narcissists can read emotions because they are familiar with them yet have no desire to regulate them. We all experience the same emotions. The difference between narcissists and non-narcissists is that non-narcissists know how to self-regulate. And we are not addicted to NE.

No one can read “people.” We can observe behavioral patterns and predict based on history, but thats it. No one can read minds, except God the Father. Narcissists operate based on their emotions so they know whatever stirred up something in them will likely stir something up in someone else because of biology.

Think about the obsession with everything that involves an “emotional” element. Why do you think that exists? It is because the devil only feels alive when people are acting and thinking based on emotions. Narcissists only feel alive when they can create an emotional reaction in someone else.

I found this to be very easy to achieve. The first thing to avoid is revenge. All that does is make one appear to be the “bad guy”, and it also makes it extremely easy for the narcissist to point fingers, prove you wrong, and gain support from others.

Another thing I did, other than to simply avoid all of the narcissists in my life, is to ignore them, regardless of what they say and do, which includes ignoring their very obvious and blatant smear campaigns. By being silent and ignoring their “trashing” of you, you make them look bad. It may take a while at first, but over time most people with at least half a brain will be able to see who the main antagonist really is.

The only other thing I did that really gets under the skin of narcissists with whom I have ever had the displeasure of knowing was to be myself. And by this I mean to be successful, and when you can’t be successful then at least try to be. Be loving (which also means being friendly to all), giving, caring, accepting (and when you can’t be accepting then at least be tolerant), intelligent, to spend time learning (i.e. become knowledgeable), generous…and above all, NEVER let what a narcissist says or does bring you down. That’s how they get their supply…you don’t want to feed that.

A narcissist is pretty well incapable of achieving any of these things; hence, the reason they try so hard to bring people who can do these things down to their level. If you can do all of these things while eliminating a narc from your life they will see (out of the corner of their eye) what you’ve become, and they will be perpetually squirming with envy and hatred of you. This “hatred” of you will be seen by others, and eventually people will also see just how ugly they truly look. This is how you demoralise a narcissist. They will see just how futile their attempts to bring you down were. What goes around, comes around…karma is a bitch that way :-).