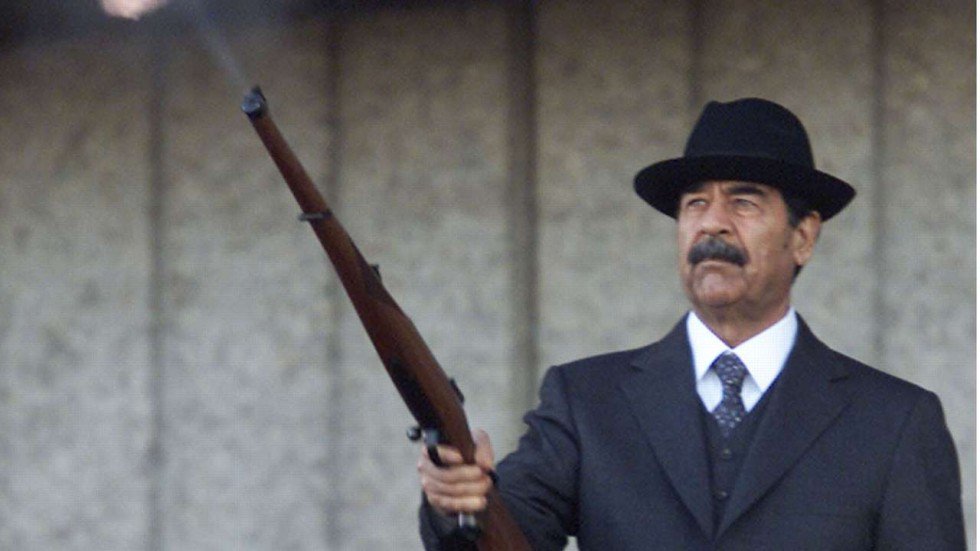 Is Trump bluffing, like Saddam, to project an image of strength?

President Trump made news recently for declining to agree to a “peaceful transfer of power.“

THE PRESIDENT: Well, we’re going to have to see what happens. You know that. I’ve been complaining very strongly about the ballots. And the ballots are a disaster. And — and —

Q I understand that, but people are rioting. Do you commit to making sure that —

THE PRESIDENT: We want to have — get rid of the ballots and you’ll have a very trans- — we’ll have a very peaceful — there won’t be a transfer, frankly; there’ll be a continuation.

The ballots are out of control. You know it. And you know who knows it better than —

Blix provides a number of potential answers, ranging from Saddam’s pride, to the argument this essay advances—that he hoped to retain the threat of WMD in his weakened state. Only with the perception that he possessed unconventional weaponry could he be protected from his enemies such as Iranian Shi’a, Israel, and the Kurd

We all know what disaster resulted from Saddam’s miscalculation and his need to maintain his pride..

In addition to his pride, Trump needs narcissist supply and the fears post-Presidency lawsuits. As a narcissist, he will provoke chaos without limit, seeing chaos as a bargaining chip in his bid to secure himself either:

Any post-presidency scenario that does not provide him with sufficient attention and a cushion to his ego will be seen by the President as unacceptable.

Like former Illinois Governor, Rod Blagojevich, the President is a transactional man who expects to get something in exchange for the power he’s been entrusted with.

Its a well know that one should not joke about bombs while you’re at the airport.  Likewise, you shouldn’t bluff about the peaceful transfer power in an election season.  The risk of this sort of brinkmanship is that it spirals beyond anyone’s control.

There is also a possibility that all this talk about fraud could provide cover for state legislatures to overrule the popular vote in their state, prompting Congress at a national level to cast votes on a 1 voter per state basis, which favors Republicans and would lead to a Trump second term.