DARVO is an acronym for “deny, attack, and reverse victim and offender”. It is a common manipulation strategy of psychological abusers.[1][2][3] The abuser denies the abuse ever took place, attacks the victim for attempting to hold the abuser accountable, and claims that they, the abuser, are actually the victim in the situation, thus reversing the reality of the victim and offender.[1][3] This usually involves not just “playing the victim” but also victim blaming.[2] It is similar to some mechanisms that have been passed down subculturally and misused institutionally for millennia in the phenomenon of anti-Judaism or anti-Semitism.[4]

The acronym and the analysis it is based on are the work of the psychologist Jennifer Freyd, whose webpage links to an article explaining that the first stage of DARVO, denial, involves gaslighting.[1][2][3]

…I have observed that actual abusers threaten, bully and make a nightmare for anyone who holds them accountable or asks them to change their abusive behavior. This attack, intended to chill and terrify, typically includes threats of law suits, overt and covert attacks on the whistle-blower‘s credibility, and so on. The attack will often take the form of focusing on ridiculing the person who attempts to hold the offender accountable. […] [T]he offender rapidly creates the impression that the abuser is the wronged one, while the victim or concerned observer is the offender. Figure and ground are completely reversed. […] The offender is on the offense and the person attempting to hold the offender accountable is put on the defense.[5]

Alleged examples of DARVO in public events include:

In the 2019 episode Season Finale of South Park, Randy Marsh is arrested for destroying home-growers’ marijuana. Randy calls President Garrison for legal advice. [10] The President explains to him DARVO and role plays how to use it.

Theory of Mind develops at around the age of four years old. This is where we realise that we don’t know what other people know. It’s an important precursor to empathy, for to empathise, there has to be somebody else just like me. There has to be another mind.

Having retreated into fantasy well before this point, the narcissist thinks that there is only one mind – theirs.

The narcissist is not interacting with people, they are playing with dolls.

However, the Toys are Revolting.

The narcissist has assigned you with a role, and a limited set of knowledge. Being a Bad Doll, you seem to know more than you should. But that’s not the game. You’re ruining the game. When you go back to knowing what you should know, you will become a Good Doll again (lack of Object Constancy).

I’m certainly not saying being a Good Doll will be a pleasant experience for you – it will not.

It is as though the narcissist has been playing with dolls, when suddenly one of the dolls says “no, I’m not a fireman, and I don’t want to go into that building! It’s dangerous! I’m a landscape Gardener and my name isn’t Bob, it’s Max!! And you set the building up to collapse on me! I saw you!”

The narcissist is enraged. You’re just a stupid toy! You will do what you are told! The building is going to fall on you, you’ll go to hospital and be crippled for life, that’s the game!

If you transition from perfect lover to evil villain, that’s the game!

If you go from evil villain to benign, though short term benefactor, that’s the game!

You don’t have characteristics of your own, you have whatever the narcissist assigns you for this particular game. The Narcissist decides the game, not you!

Thus the narcissist, with single pointed determination has learned a bunch of tricks, neurolinguistic programming to smash human minds back into the game that is being played. If the narcissist says something didn’t happen, that’s because in their mind you don’t know that it happened.

The narcissist knows what you know, but you are just a toy! You cannot fathom the unknowable God! You are not Good! You are Bad! Bad dolly! Naughty dolly!

Link to research article mentioned in the video: https://psycnet.apa.org/doiLanding?do…

Sometimes people pretend you’re a bad person so they don’t feel guilty about the things they did to you. 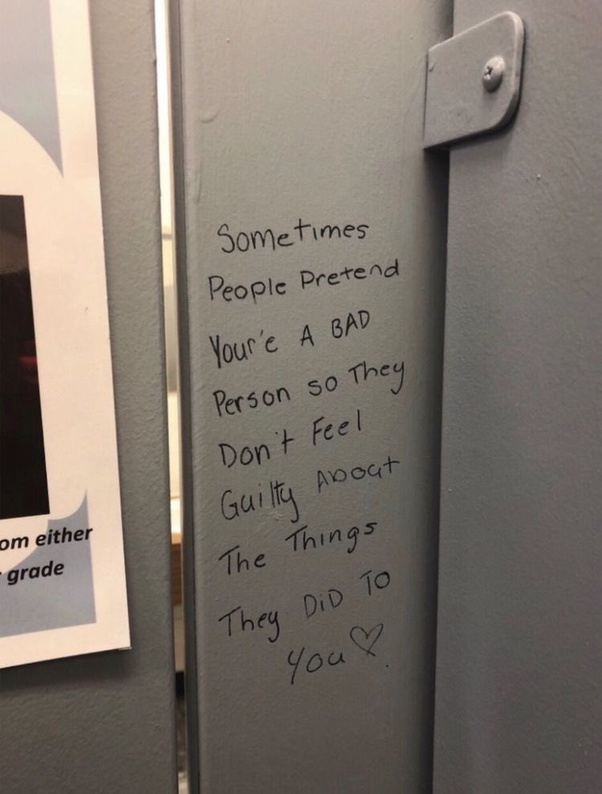 Neuroscientists talk about how we have one brain but two minds. We have a mind that acts on impulse and seeks immediate gratification, and we have another mind that controls our impulses and delays gratification to fulfill our long-term goals. We face willpower challenges when the two minds have competing goals. Learn what influences us to procrastinate or why we fail to resist temptation, and learn about small interventions that can have large, positive outcomes.

Author and Stanford health psychologist Kelly McGonigal, PhD, talks about strategies from her new book “The WillPower Instinct: How Self-Control Works, Why It Matters, and What You Can Do to Get More of It” as part of the Authors@Google series. Topics include dieting/weight loss, health, addiction, quitting smoking, temptation, procrastination, mindfulness, stress, sleep, cravings, exercise, self-control, self-compassion, guilt, and shame. For more from Kelly McGonigal, visit http://kellymcgonigal.com/​. This event took place on January 26, 2012 at Google headquarters in Mountain View, CA.

Do you have a keen imagination, rich inner life, and vivid dreams? Is time alone each day as essential as air? Do others call you too shy or overly sensitive? If you answered yes to any of these questions, you might be a highly sensitive person or HSP.

In this talk, Alane Freund, LMFT, an expert consultant working with the trait of high sensitivity, talks about how to use your strengths as an HSP, coping mechanisms for dealing with overstimulation, ways to improve your relationships, and the latest developments in research about highly sensitive people (HSPs). For more information about Alane Freund’s work and highly sensitive people, visit:
https://www.areyouhighlysensitive.com/​ and https://hsperson.com/​.