US could have a digital currency in 12-18 months. 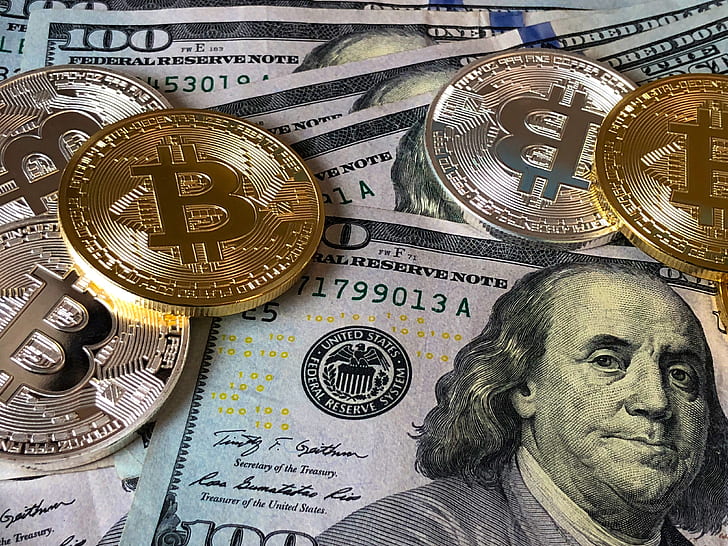 A Digital Currency is Being Openly Discussed

The Prediction: A Digital Dollar (Pontentially) in 12-18 months

Sheila, the digital currency idea is super interesting because there’s a real concern that the US is behind especially compared with other countries notably china are you concerned about that race to create a digital currency

So yeah I think that’s exactly what’s going on I think we need to wake up to it we shouldn’t be too complacent about our leadership position I think you know or the strength of our system the strength of our fed and its independence and its integrity I think will always give us the edge but we need to effectively use this technology domestically I think it’s insurgently needed but we should also think about how the dollar is used throughout the world.

leverage what you know what is is happening now I mean

I think between in 12 and 18 months we could probably have a system of digital currency if people really put their mind to it and again it needs to be authorized by congress uh but the fed I know has been looking at it for a while and I think we need to accelerate that.

How will the US roll out a Digital Dollar?

From their stock prices, it appears that investors are not optimistic about the prospects of many small and regional banks. Warren Buffett’s company sold stakes in Bank of America, Goldman Sachs, and Wells Fargo. Simultaneously, Warren Buffet, or likely someone who works for him, paid $500 million for a stake in Barak Gold Mining.

If the small and regional banks start to fail, will the Federal Reserve follow the same bailout approach as 2008?

If you purchase a ticket to a business like Hershey Park and later, for some reason, ask for a refund, the Amusement Park will likely not give you cash.

Most likely, they will give you a coupon to visit one of the company’s businesses at a later date.

This same “no cash refunds” policy will likely apply to FDIC insured banks.
Unlike 2008, the Federal Reserve will not try to save many of the smaller and regional banks. Rather, the FDIC will likely direct depositors’ refunds to new accounts at the Fed that use new digital dollars.

The fact that digital currency can be made programmable has both advantages and disadvantages.  The government could give people in one part of the country a different interest rate in response to local conditions.  They could also give different interest rates to individuals. They might also be able to incentivize (or disincentivize) purchases in certain sectors by designating particular stimulus dollars to be spent for qualifying purchase types.
Here’s an article by Justice Clark Litle published on the Nasdaq stock exchange’s website:

Digital dollars would likely also be programmable in and of themselves, allowing for instant tax payments at the point of sale. Tax refunds and rebates could be instant, too.

And attempts to purchase a restricted item — like, say, a firearm without proper background clearance — could be automatically denied.

Imagine, for example, a maximum limit on the loan-to-value (LTV) ratio of home mortgages, designed to prevent future housing bubbles.

If such limits were programmed into the digital currency, as a form of “smart contract,” the transaction would not go through for a loan amount deemed too large.

Economists, political leaders, and central bank officials could then use the “smart contract” feature of digital dollars to tweak or massage incentives in all sorts of ways.

For example, fossil fuel use might be embedded with a higher VAT (value-added tax) surcharge than green energy use. Buying sugary cereal might create a small debit, whereas buying broccoli creates a small credit. And so on.

In addition to the above, all transactions would be instantly available for review, or easily aggregated into “big data” analysis patterns. This would give the Federal Reserve unprecedented new levels of visibility into the current state of the economy.

The US is afraid that China already has the lead with its digital currency. The Chinese digital currency is already in the pilot phase, with the goal to roll it out before the 2022 Winter Olympics in Beijing. The US wants to maintain its relevance and status as the reserve currency.

What should we do?

Assuming a digital currency is likely to happen in the next year or two, is there anything that citizens should do in anticipation or response?