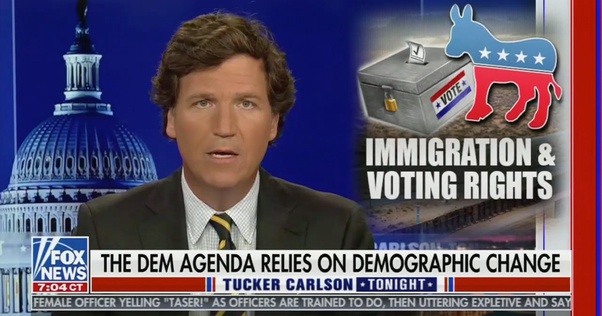 Better arguments will not win the day because they believe that Trump is part of an Apocalyptic narrative.

White Evangelicalism as a political movement is as much about white nativism, nationalism and traditionalism as it is about religion. Donald Trump stokes the fire of the evangelicals with lies and his own brand of fraud.

Whoever accepts President Trump’s call for the nomination will be one of the bravest men or women in public life, because he or she is going to be attacked with unrelenting fury from the Left.

.. For a lot of white evangelicals, this moment was worth every migrant child forever traumatized, every refugee family denied safety, every sexual assault victim betrayed, every white nationalist emboldened, every lie told. These are the ends that justified the means.

.. If Trump is re-elected in 2020, and he still has a Republican Senate, there is a decent chance that he could leave office with a 7-2 conservative majority.

.. First, the hearings could well be a catalyst for real violence

I’ve started to think that Supreme Court Justice Anthony Kennedy may be the one man preventing the United States from political breakdown.

.. both sides have reason to pity themselves as the losers of the [political] system. Partisan Democrats, with some justification, feel that the constitutional system favors dirt (geography), so it rewards Republicans with too many senators and even electoral votes than they would otherwise win. Many partisan Republicans also feel that their votes go for naught, and that elites in the media, donor class, and social scene of Washington, D.C., constantly make Republicans under-deliver on their promises.

.. Kennedy deals out victories and defeats to each side — giving slightly more defeats to social conservatives. In effect, he constrains what each side can do to the other. His mercurial jurisprudence replicates and even gives the savor of legitimacy to a closely divided country.

.. So I’ve started to worry that if the Court soon consolidates to the left or the right, partisans on the losing end of that bargain will swiftly lose faith in democracy itself. A non-swinging Supreme Court would give the impression of super-charging the ability of one party to act, and restraining its competitor. A consolidated Supreme Court could open up whole new fields of legislation for one side to act against the other. At that point, what would happen?

.. Overturning Roe would only mean that regulating abortion returns to the states. If you live in a socially liberal state now, you don’t have anything to worry about. That’s not going to make you happy, but it’s not Armageddon. And there is no realistic chance that Obergefell will be overturned. But even if it were, again, that only means that the gay marriage question devolves to the states. Gay marriage is overwhelmingly popular. There might be a handful of Southern states (plus Utah) that might vote against it, in a popular referendum. But even they would fall eventually. Same-sex marriage isn’t an issue for younger voters, who support it by a wide margin.

.. Kennedy retiring is where the Roy Moore own goal really, really hurts. We now only have 51 votes, but two of those are Murkowski and Susan Collins, who will likely be reluctant to support a 5th pro-life justice. Mitch will have to put the screws on to get to 50.

.. However, had Hillary Clinton won, conservatives would be in the same miserable position today as liberals are.

It is not at all healthy for the republic that the Supreme Court matters so much. But we are where we are.