Later in this midterm election year, voters in 19 states will head to the polls with new, more restrictive voting laws on the books. One of those states is Texas, where the party primaries are just a few weeks away. Some voters and election workers say one provision in the new law in the Lone Star State is already causing confusion. Geoff Bennett reports.

Senate Republican leader Mitch McConnell has sparked a fierce backlash for a comment where he distinguished between African American voters and Americans. McConnell made the remark at a news conference on Wednesday, before two Democrat senators refused to join their own party in changing Senate rules to overcome a Republican filibuster that was preventing the passing of voting rights legislation.

During the debate, McConnell had accused Democrats of “fake hysteria” over the Senate filibuster in order to pass the legislation.

The Freedom to Vote Act and John Lewis Voting Rights Advancement Act would have expanded voting access, made Election Day a national holiday, ensured access to early voting and mail-in ballots, and more.

At the news conference, reporter Pablo Manríquez asked McConnell what his message was for voters of color who are concerned about their voting rights ahead of November’s midterm elections.

“Well, the concern is misplaced,” McConnell replied. “Because if you look at the statistics, African American voters are voting in just as high a percentage as Americans.”

He continued: “A recent survey, 94 percent of Americans thought it was easy to vote. This is not a problem. Turnout is up, biggest turnout since 1900… they’re being sold a bill of goods to support a Democratic effort to federalize elections… this has been a Democratic Party goal for decades.”

For anyone who wants the clip. Here it is. Minority Leader McConnell says the quiet part out loud. https://t.co/82sI1ehSot pic.twitter.com/0Wuf1l0icf

A short video clip of McConnell’s comment quickly went viral on social media, with some declaring the senator had said “the quiet part out loud” by distinguishing African American voters from Americans.

“That’s the moment @LeaderMcConnell said out loud what his actions have made clear for years: that he doesn’t consider African Americans to be Americans,” tweeted podcaster Kristen Meinzer.

Bishop Talbert Swan tweeted: “I wonder what’s the difference he sees between ‘African-American voters’ and ‘Americans.’ Can’t qwhite put my finger on it.”

Daryl Lamont Jenkins, the executive director of the One People’s Project, an anti-fascist organization, shared Swan’s tweet, adding: “Good work, McConnell! Here I have been for the past few days saying that when conservatives say Americans they just mean conservatives, and you went “Hold my beer” on me!”

Several people also insisted the remarks weren’t a case of McConnell misspeaking, but an indication of his true feelings.

“I need you to understand that this is who Mitch McConnell is,” tweeted Charles Booker, a former Kentucky state representative running for the Senate.

Booker, who is Black, added: “Being Black doesn’t make you less of an American, no matter what this craven man thinks.”

Bryan Behar wrote: “McConnell did not misspeak. In one quote, he summarized the entire GOP worldview. They think it’s a White nation and anyone who isn’t White isn’t a true American.”

Lee Camp talks to Greg Palast, New York Times bestselling author and investigative journalist, about how he knows the 2016 election will be stolen and by whom.

Solution: offer free ID to everyone. 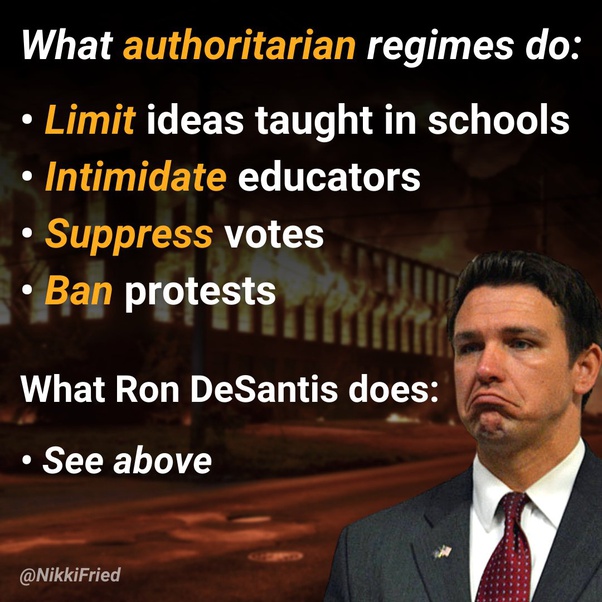 What will undoubtedly happen now is that Florida will lose billions of dollars as students will go to other states to attend college and businesses and research companies will locate elsewhere. Isn’t that fun? Equally amusing: cruise lines cannot ask whether someone is vaccinated before boarding, but schools can ask students what political party they support. Dystopia squared. 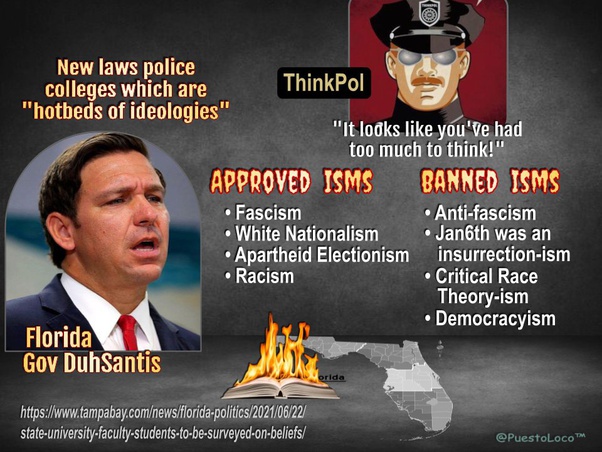 To conclude: when you’re punishing educational institutions for failing to produce drones that dutifully parrot your bankrupt ideology, what you are is a Nazi. Your mom must be so proud you went to Harvard and Yale. Ron DeSantis – Wikipedia 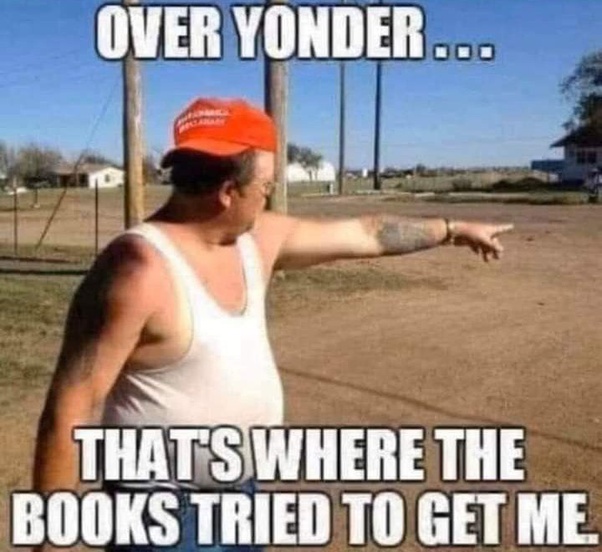 I see a lot of Florida college students and/or educators lawsuits coming to sue DeSantis for violating their privacy. Since it’s entirely unconstitutional…

It’s worth dwelling on this for a moment. Texas legislators want to make it illegal for citizens to voluntarily travel together without registering with the government — if and only if the aim of their travel is to lawfully cast a ballot. https://t.co/zgsQJDdb5H

This is the understanding of history you get without learning about the impact systemic racism has had on the country. https://t.co/loZhP2mai0