A dictator meets an opponent he can’t co-opt, corrupt, calumniate, cow or coerce.

The Russian human-rights lawyer Karinna Moskalenko once explained to me how Vladimir Putin’s machinery of repression works.

Her conclusion: “Nobody is untouchable.”

That was in 2007, when Putin still cultivated an image as a law-abiding, democratically elected leader. But that fiction vanished long ago.

Boris Nemtsov, the leading opposition figure, was murdered in the shadow of the Kremlin in 2015. His successor in that role, Alexei Navalny, has been in and out of prison on various trumped-up charges, as well as the victim of repeated attacks by “unknown chemicals.” Others, like the Putin critic and ex-Parliament member Denis Voronenkov, have been gunned down in broad daylight in foreign cities.

So it’s little less than awe-inspiring to read Andrew Higgins’s profile in The Times of opposition activist Lyubov Sobol.

Sobol, 31, is a Moscow lawyer and Navalny associate who has spent years pursuing a graft investigation of Putin intimate Yevgeny Prigozhin, the oligarch indicted by the U.S. last year for sponsoring the troll factory that interfered in the 2016 U.S. election. Considering that journalists have been killed looking into Prigozhin’s other businesses, Sobol’s doggedness recalls Eliot Ness’s pursuit of Al Capone in “The Untouchables” — except, unlike Ness, she has no knife, no gun, no badge, no law, and no federal government to aid her.

Now she is at the forefront of protests that have rocked Russia this summer after the regime disqualified opposition candidates (including her) from running in Sunday’s municipal elections. Her husband has been poisoned. Assailants have smeared her with black goo. Police dragged her from her office. Only a law forbidding the imprisonment of women with young children has kept her out of jail.

“I am always asked whether I am afraid, and I know that I should say, ‘Yes, I am,’” she tells Higgins. But, she says, “I am a fanatical kind of personality and am not afraid. I have always been a fan of the idea of fairness and, since childhood, have hated to see the strong abuse the weak.”

When regimes like Putin’s realize they cannot co-opt, corrupt, calumniate, cow, or coerce their opponents, what usually comes next is a decision to kill them. The risk that this could happen to Sobol or Navalny is terrifyingly real, not least because Putin has so many underworld friends willing to do his presumptive bidding without asking for explicit orders.

But Putin also needs to beware. Dictatorships fall not only when they have implacable opponents but also exemplary victims: Steve Biko in South Africa, Benigno Aquino in the Philippines, Jerzy Popieluszko in Poland. Through their deaths, they awakened the living to the conviction that it was the regime that should die instead.

Today, Nemtsov continues to haunt the Kremlin. So do Sergei Magnitsky, Natalia Estemirova, Alexander Litvinenko and Anna Politkovskaya, to name just a few of the regime’s murdered adversaries. At some point, a growing list of victims will start to weigh heavily against Putin’s chances of staying in power. The death of a galvanizing opposition figure could be the tipping point.

Especially when the political-survival formula that has worked for Putin so far is coming unstuck. That formula —

— no longer works so well in an era of

It works even less well when your domestic foes aren’t so easily terrified. As in Hong Kong, a striking feature of the Russian protests is the extent to which they are youth-driven — a vote of no-confidence in whatever the regime is supposed to offer. One recent survey found that the number of young Russians who “fully trust” Putin fell to 19 percent this year, from 30 percent last year. That’s not a good trend line for a man who aspires to die on his throne.

None of this guarantees that Putin can’t bounce back, not least if Donald Trump gives him the kinds of breaks, like readmission into the G7, he needs. And Robert Mugabe’s death this week at 95 is a reminder that tyrants can endure longer than anyone expects.

Still, for the first time in 20 years, the elements by which Putin falls are coming into place. Core among them is the courage of people like Sobol — a woman who, as Pericles said more than 2,400 years ago, “knows the meaning of what is sweet in life and of what is terrible, and then goes out undeterred to meet what is to come.”

Related
‘I Am Always Asked if I Am Afraid’: Activist Lawyer Takes On Putin’s Russia 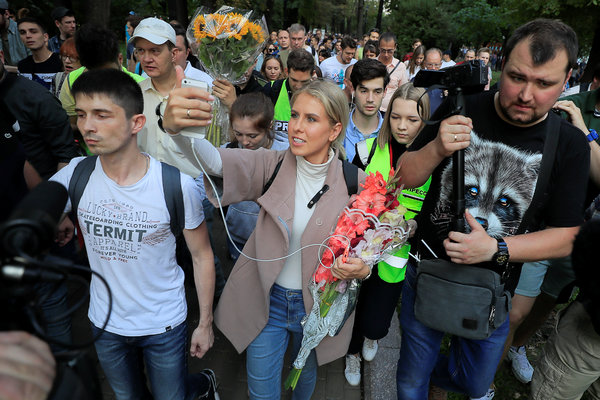 He Played by the Rules of Putin’s Russia, Until He Didn’t: The Story of a Murder 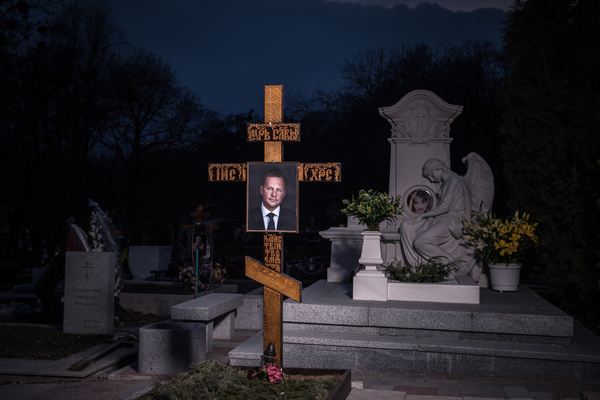 The Times is committed to publishing a diversity of letters to the editor. We’d like to hear what you think about this or any of our articles. Here are some tips. And here’s our email:letters@nytimes.com.