I was browsing the internet when I came over this interesting photo. This is a snake that has killed itself by trying to strangle a saw. 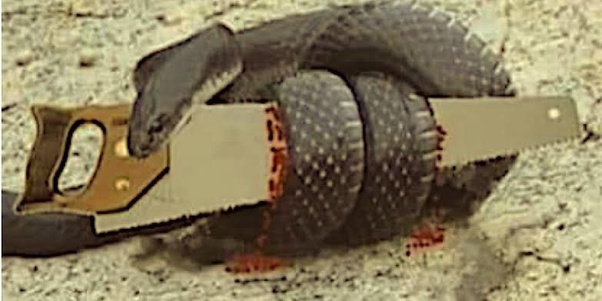 Story behind it? This snake accidently cut itself when it encountered the saw. The snake got angry, so it tried to fight back by strangling the saw, which, of course, eventually resulted in its death.

This story has a moral: don’t be vengeful to others because doing so will only result in pain brought to yourself.