U.S. officials are seeking to block an undersea cable backed by Google, Facebook Inc. and a Chinese partner, in a national-security review that could rewrite the rules of internet connectivity between the U.S. and China, according to people involved in the discussions.

The Justice Department, which leads a multiagency panel that reviews telecommunications matters, has signaled staunch opposition to the project because of concerns over its Chinese investor, Beijing-based Dr. Peng Telecom & Media Group Co., and the direct link to Hong Kong the cable would provide, the people said.

Ships have already draped most of the 8,000-mile Pacific Light Cable Network across the seafloor between the Chinese territory and Los Angeles, promising faster connections for its investors on both sides of the Pacific. The work so far has been conducted under a temporary permit expiring in September. But people familiar with the review say it is in danger of failing to win the necessary license to conduct business because of the objections coming from the panel, known as Team Telecom.

Team Telecom has consistently approved past cable projects, including ones directly linking the U.S. to mainland China or involving state-owned Chinese telecom operators, once they were satisfied the company responsible for its U.S. beachhead had taken steps to prevent foreign governments from blocking or tapping traffic.

If the U.S. rejects Pacific Light’s application, it would be the first time it has ever denied an undersea cable license based on national-security grounds, and it could signal regulators are adopting a new, tougher stance on China projects.

The threat of a failed approval process reflects growing distrust of Chinese ambitions and comes amid escalating tensions between China and the U.S., part of a broad rivalry between the world’s two largest economic powers. A prolonged trade conflict has each side affixing tariffs on hundreds of billions of dollars in goods flowing between the two countries, while Washington has sought to blunt Beijing’s ambitions to expand military and economic influence in Southeast Asia, the Pacific, Africa and elsewhere.

A number of U.S. officials—as well as some from allied countries—also have been waging a high-profile campaign to exclude China’s Huawei Technologies Co. from next-generation mobile networks, and to limit its role in the undersea cable networks that ferry nearly all of the world’s internet data.

The Pacific Light project cost at least $300 million to build based on its route, according to consultants who advise companies on subsea cable construction. Companies like Google and Facebook have spent the past decade funding similar cables to handle ever-growing network traffic between the U.S. and Asia. The new link to Hong Kong would give them greater bandwidth to a major regional internet hub with links to growing markets in the Philippines, Malaysia and Indonesia as well as mainland China.

Team Telecom’s concerns over Pacific Light include Dr. Peng’s Chinese-government ties and the declining autonomy of Hong Kong, where pro-democracy protesters have been holding massive demonstrations for months against Beijing’s efforts to integrate the territory more closely. Dr. Peng is China’s fourth-biggest telecom operator. Listed in Shanghai, the private firm serves millions of domestic broadband customers. In the past, a cable link to Hong Kong would have been viewed as more secure than one to mainland China, but the distinction is becoming less relevant, these people say.

Proponents of the project say its approval would give the U.S. better oversight over the data that flows through the cable because Team Telecom could advise the FCC to force the companies to agree to certain conditions to protect security. Even if the U.S. thwarts this particular cable, the need for greater data capacity will still exist, and that data will just find its way through other cables that aren’t necessarily within the U.S.’s jurisdiction, they say. 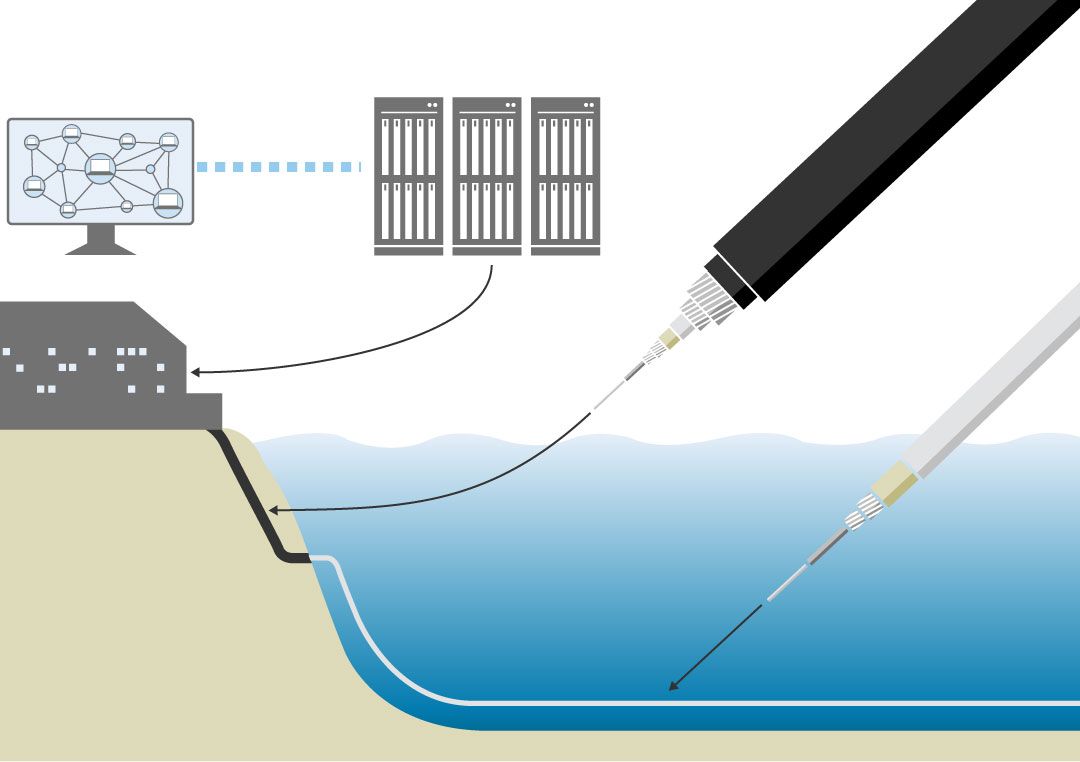 Team Telecom last year reversed its long-held stance on Chinese applications to provide telecom services through U.S. networks, and recommended for the first time the denial of an application based on national-security and law-enforcement concerns. In May, the Federal Communications Commission adopted the recommendation that came after years of deliberation, voting unanimously to deny an application from China Mobile Ltd. ’s U.S. arm even though it had previously approved applications from fellow state-owned operators China Telecom and China Unicom .

Though the FCC makes the final decision on whether to grant a license for the Pacific Light project, it has historically deferred to recommendations from Team Telecom after its members coalesce around a unified view. The ad hoc group has no resolution mechanism in the event of a dispute. It isn’t known how strongly other members of the team, including the Defense and Homeland Security Departments, feel about the issue.

Pacific Light Data Communication Co., the Hong Kong company managing the cable project, said it has already installed more than 6,800 miles of the cable system, which will be ready for service by December or January. Senior Vice President Winston Qiu said he hadn’t heard of any U.S. regulatory problems. “We didn’t hear any opposition,” he said.

What are your thoughts on the U.S. citing national-security concerns as a reason for possibly stopping this venture? Join the conversation below.

Dr. Peng didn’t respond to emailed and faxed requests for comment. Repeated calls to its offices and those of its subsidiaries and biggest shareholder went unanswered.

A Google spokeswoman said the company has “been working through established channels for many years in order to obtain U.S. cable landing licenses for various undersea cables. We are currently engaged in active and productive conversations with U.S. government agencies about satisfying their requirements specifically for the PLCN cable.” A Facebook spokeswoman declined to comment.

The Pacific Light project has taken an atypical path. Google ownerAlphabet Inc. teamed up with Facebook in 2016 to provide its U.S. financing, adding to the tech companies’ growing inventory of internet infrastructure. Google took responsibility for its U.S. landing site. The Hong Kong end fell to a company controlled by a mainland Chinese real-estate magnate that had only recently entered the telecom sector.

The Chinese partner later sold its majority stake in the project to Dr. Peng, a company with interests in telecom, media and surveillance technology. In 2014, Dr. Peng signed a strategic cooperation agreement with Huawei to jointly research cloud computing, artificial intelligence and 5G mobile technology, according to an exchange filing. Dr. Peng’s website lists Huawei as a partner.

Dr. Peng’s chairman, Yang Xueping, is a former Shenzhen government official, according to the company’s website, and its subsidiaries have worked on several projects with government entities, including building a fiber-optic surveillance network for Beijing police, its website and filings show. Last year, Dr. Peng said in an exchange filing that two wholly owned subsidiaries had been fined 2 million yuan ($279,000) after some of their executives were convicted of bribing Chinese officials in connection with Beijing police projects.