This was known long ago. I remeber Ukraine and Russia were discussing peace in Turkey, Boris made his 2nd or 3rd trip to Ukraine and suddenly all peace talks stopped. You don’t have to be smart to figure what happened.
Just when you thought Tony Blair was the biggest NATO puppet ever, Boris says, hold my beer…

You have understood that Vladimir Putin wanted to present a great military success to his people on May 9. It is the day of victory for Russia over Nazi Germany. 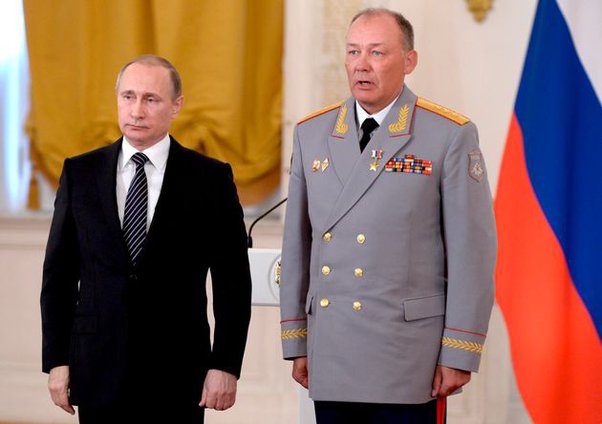 Since Putin wants to denazify Ukraine, he has to show his people that the war effort and the consequences that the Russian people have to suffer are not useless. For this, Putin intends to show at least that Russia has control over the whole of Donbas and that Mariupol has finally fallen.

Since after 50 days of the war, the generals in charge of military operations had not achieved the success Putin expected, and Putin decided to appoint Aleksandr Dvornikov to head the operation in Ukraine.

Aleksandr Dvornikov is a seasoned general who helped the Russian military achieve full success in Syria in 2015. Russian losses had been more than limited. Putin wants to accelerate and the appointment of Aleksandr Dvornikov is no accident. The latter did not hesitate to use chemical weapons in Syria, and he will do so in Donbas if it is necessary for his eyes to accelerate the surrender of Ukrainians in Donbas.

For Aleksandr Dvornikov, all means are good to achieve his goals. So you can expect the worst by May 9, 2022.

The use of nuclear weapons on Ukraine is excluded for the moment because it would mean vitrifying the Ukrainian territory and the Russian army would be endangered too. Putin will not go in this direction.

On the other hand, you have well understood that the use of chemical weapons in Ukraine was now more than ever topical with the appointment of Aleksandr Dvornikov.

Kyle Kulinski compares the Russian invasion of Ukraine by Vladimir Putin to the US War in Iraq orchestrated by George W. Bush almost two decades ago