Trump is hung up on telling people that he is smart enough to do quid pro quo.

“As Donald Trump gets dragged deeper, and deeper, and deeper into his Ukraine scandal and the impeachment inquiry accelerates toward a likely House vote before the year’s end, the president is increasingly insistent that, if he wanted to commit a crime, he wouldn’t be stupid enough to get caught.

At other times, Trump has privately avowed that if he wanted to commit the crimes or outrageous actions he’s accused of, he’d be smart enough to do it—and that people should stop saying he’s too dumb or incompetent to do crimes.”

House committees heard testimony on Tuesday from an official who listened in on the pivotal July 25 call between President Trump and his Ukrainian counterpart and said he was so alarmed by the call that he reported his concerns to a White House lawyer.

In the call, Mr. Trump pressed Ukrainian President Volodymyr Zelensky to open investigations into matters related to the 2016 election and Democratic presidential candidate Joe Biden. Those requests, and a temporary hold on aid to Ukraine, are at the center of House Democrats’ impeachment probe.

Alexander Vindman, the director of European affairs at the National Security Council, said he was concerned by Mr. Trump’s July 25 call because he didn’t think it was appropriate to ask another country to investigate a U.S. citizen. According to his opening statement obtained by The Wall Street Journal, Mr. Vindman said he was worried that the requests could be viewed as a “partisan play” that would cause Ukraine to lose the bipartisan support that is the basis for years of American aid in Ukraine’s fight against Russian aggression.

Mr. Vindman, who arrived at the Capitol Tuesday morning to offer his closed-door testimony, is the ninth witness to be interviewed by Democratic-led committees and the first person who was on the summer call to speak before the panels. His testimony comes as Democrats prepare to launch a new phase of the investigation that will include public hearings and release transcripts of witnesses who have testified previously.

Mr. Vindman reported to Fiona Hill, the NSC’s former top Russia adviser, who has already testified. Ms. Hill in turn reported to John Bolton, the former national security adviser. Mr. Vindman, who was three years old when his family emigrated from Ukraine in the former Soviet Union, is an Army officer who served in Iraq and was awarded a Purple Heart.

Mr. Vindman, who appears pursuant to a subpoena, said that at the July 10 meeting, U.S. ambassador to the European Union Gordon Sondland started speaking about Ukraine delivering specific investigations to secure a meeting with Mr. Trump when Mr. Bolton cut the meeting short. Mr. Vindman said that at a debriefing after the meeting, Mr. Sondland “emphasized the importance that Ukraine deliver the investigations into the 2016 election, the Bidens, and Burisma,” the Ukrainian company where Hunter Biden was a board member.

In his prepared testimony, Mr. Vindman said that he then told Mr. Sondland that his statements were inappropriate as the request to investigate Mr. Biden and his son had nothing to do with national security.

Trump and Ukraine: A Guide to the Key Players 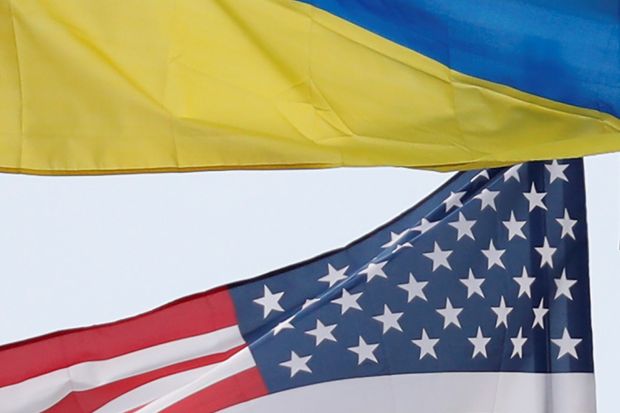 Mr. Trump sought to play down the testimony Tuesday morning, tweeting: “Why are people that I never even heard of testifying about the call.” He added: “How many more Never Trumpers will be allowed to testify about a perfectly appropriate phone call when all anyone has to do is READ THE TRANSCRIPT!”

The White House, under pressure from Capitol Hill following an unnamed whistleblower filing a complaint about the call, released the rough transcript of the July 25 call last month. Mr. Vindman said in his prepared testimony that he is not the whistleblower and doesn’t know who it is.

Some allies of the president, including Fox News host Laura Ingraham and former Rep. Sean Duffy (R., Wis.), questioned on cable news shows whether Mr. Vindman’s stance on Ukraine and Mr. Trump’s comments was related to his being born there, and they questioned his motivations. But prominent House Republicans rejected doubts about his loyalty or patriotism.

“We’re talking about decorated veterans who have served this nation,” said Rep. Liz Cheney (R., Wyo.), a member of GOP leadership. “And it is shameful to question their patriotism, their love of this nation, and we should not be involved in that process.”

“If that’s all they’ve got, to question the patriotism of a lieutenant colonel who took a bullet for us and has a Purple Heart on the battlefield, well, good luck to them,” said Rep. Ron Kind (D., Wis.). “My goodness.”

Mr. Vindman’s brief opening statement sheds no light on another facet of the controversy involving Ukraine—the holdup of nearly $400 million of aid to Ukraine over the summer. The hold on U.S. aid to Ukraine came at the request of acting White House chief of staff Mick Mulvaney on direction from Mr. Trump.

Mr. Vindman’s testimony took place behind closed doors but could become public under a resolution expected to be voted on later this week. House Democrats will use the vote to formally set up a process for the next stage of the inquiry, including holding hearings, authorizing the disclosure of transcripts and outlining procedures to transfer evidence to the Judiciary Committee, which traditionally drafts articles of impeachment. The resolution will also set forth due-process rights for the president and his counsel.

Republicans have said that the resolution does little to legitimize an inquiry that they deride as a sham. They claim that the damage to the president has already been done by a closed-door probe that they say has been marred by selective leaks of information harmful to the president. A federal judge late last week determined that the House inquiries have legal standing as an impeachment investigation.

President Trump doubled down on his impeachable behavior on Thursday, using his ‘Chopper Talk’ time with reporters to signal that he wants China to investigate Joe and Hunter Biden. #Monologue #ChopperTalk #Colbert