Donald Trump tried to control voices via NDA contracts but this failed in a recent ruling, and could apply to all people he made sign those agreements which could lead to bad stories 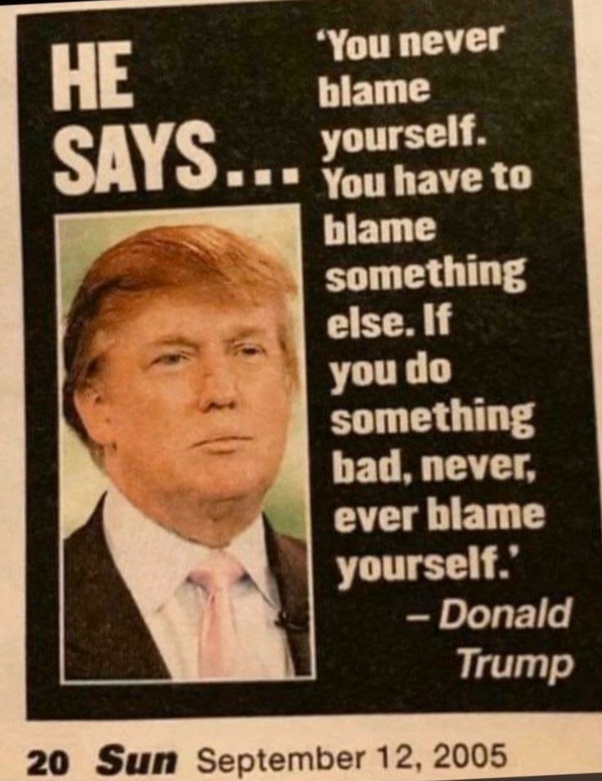 On Jan. 6, for the first time in more than two centuries, Congress was attacked and overrun, this time by its own citizens. The PBS NewsHour’s anchor and managing editor Judy Woodruff talks to correspondents Lisa Desjardins, Amna Nawaz and Yamiche Alcindor about what they saw as they reported from inside the Capitol, the grounds that surround it and the White House, respectively– and what they and other Americans will remember from that day.

This logic is all very Trumpian of course https://t.co/s11hft9Ilr

John expresses his skepticsm that Trump or Kushner will ever go to jail or suffer any consequences other than big legal fees because that’s the kind of country we are now.

Attorney Glenn Zeitz deposed Donald Trump in the 1990s. He tells CNN’s Randi Kaye what the experience was like.

Donald Trump’s niece says she has never seen her uncle laugh and thinks there’s a good reason why. Mary Trump, who recently published a critical book about the US president, offers her insights as a licensed psychologist.

Mary, 55, is the daughter of Fred Trump Jr, the president’s older brother, who died in 1981 at the age of 42. She says that Trump’s father, Fred Trump, never laughed either, a man she holds responsible for a lot of her uncle’s bullish behaviour.

“When you are able to laugh you’re also letting your guard down and that was frowned upon,” she told The Guardian. “My dad had a great sense of humour; he was a very funny guy and did know how to laugh. I think with my grandfather it was also because he was not a fully human being.”

In her tell-all book, Too Much and Never Enough: How My Family Created the World’s Most Dangerous Man, Trump brands her uncle a lecherous, narcissistic bully. The book was released on 14 July, despite Trump’s legal attempts to block it. She has not spoken to her uncle since April 2017 at her aunt’s birthday party and has no intention of doing so again.

She firmly believes her uncle is racist. “I don’t think he has any political ideology. For him, this is just expedient,” she says. “I would say he behaves like a white supremacist, certainly. He’s acting on his own racism. He’s doing racist things that are endangering people of colour in this country. That’s much more important, so whether he would describe himself as a white supremacist or not, he’s certainly acting like one.”

Mary used to feel compassion and sympathy towards Trump, who, she says, was emotionally neglected as a child by his father, but ultimately his upbringing isn’t a justification for his current behaviour.

“He’s an adult human being who knows the difference between right and wrong, even though he doesn’t think the rules apply to him,” she says. “He knows what he’s doing and one of the reasons we’re in this position is because he’s never been held accountable for anything. So his transgressions become more egregious over time and he needs to be held to account.”