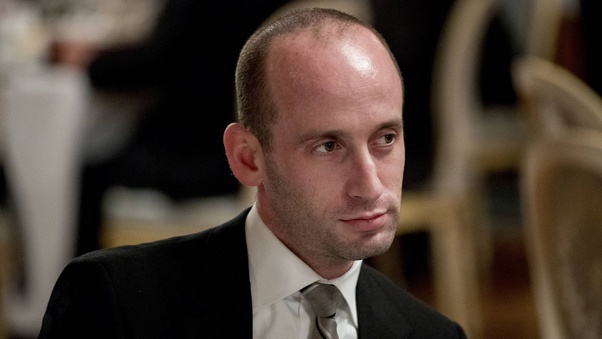 It is unusual for Stephen Miller to say a true thing in public. But he does have a point.

But before we get to that, let’s stand back and take it all in. Whether you think of Miller as Trump’s Joseph Goebbels or Trump’s Grima Wormtongue, it is unusual for a Republican who’s worked at that level to say the quiet part out loud. Or at least it used to be. But he’s saying that: Republicans can’t win without cheating. Republicans can’t win in a real democracy.

So okay, he didn’t literally say that, though the meaning was pretty clear. He was a little more subtle. Just a little.

That’s a very scary thing. And so if you care about democracy, you should all say with one voice, no, it is the right of every state in this union to set their own election rules as desired by their own citizens to protect the security and integrity of their own elections. That’s fundamental!

He’s claiming that we can’t have democracy unless every state gets to “set their own election rules”, eg, rig the election as they see fit. No standards. No guarantees of democracy. But even Miller can’t exactly say that. Because no one needs to say that. If you really believe in democracy, all you need to say is that, first, laws must guarantee that every voter gets to vote, in a reasonable, safe way, with no need to wait in long lines, no need to skip a day’s wages or pay any other structural poll tax. That voting should be encouraged and easy. Take Delaware… I voted online in 2020! 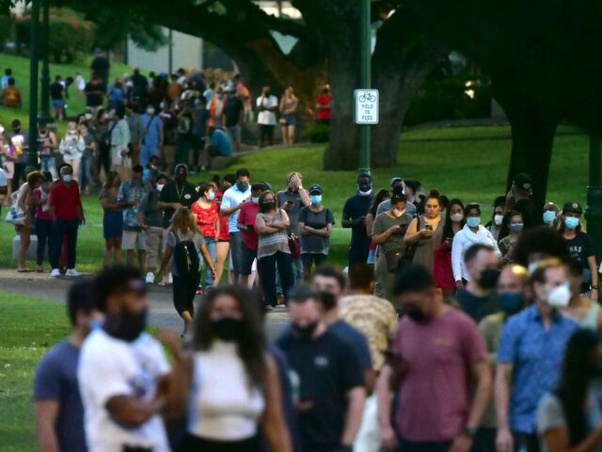 But a party is the sum of its policies and leaders. And the mathematics of our voting system ensure that there can be up to two strong political parties long term. And funny thing — we’ve had the Democrats and Republicans since 1860. Talk about stability. So what Republicans who oppose voting rights, who oppose democracy, are telling you is not that the Republican Party can’t survive, and we’ll have Democrats forever. What they’re really telling you is that some of today’s Republicans are incompatible with democratic elections, and would not be elected in a true democracy. Which means that, next election, the Republican Party would nominate someone else. And if that candidate lost, someone after that. Eventually they’d figure out how to actually appeal to constituents again, rather than stealing elected office. Which is precisely what they have been doing across the country.

So yeah, Miller would be out of politics. The Republican Party? They’d be just dandy. Any who knows, maybe even “Grand” again at some point, if they could see a return to democratic principles, honesty, and reality.

According to what Stephen Miller is saying, that means that the Republican party MUST be voted in whether their potential voters favor their policies or not! That doesn’t sound like a Democracy to me. Democracy, means rule by the people. The people “rule” by every 4 or 6 years, picking the leaders who would represent them. Instead of forcing people to vote for Republicans, why don’t Republicans change their policies so that people will vote for those policies?

As most people already know or suspect, centrist Democrats are not far away from Republicans. The Trump supporters are way out in right field. Sanders, AOC et al left field. It would not be that difficult to work on a set of policies that are desirable to BOTH centrist Democrats and Republicans. Why does Stephen Miller think that the voters must change before even considering that the Republican party change its policies?

Look at it from another direction. Why did all the GOP presidential candidates lose to Trump in the 2016 primaries? Why was the Republican platform so weak that an outsider could take out their leading candidates? Could it be that the Republican party is just a little out of its time? Shouldn’t it look towards renewing itself instead of forcing its supporters to vote for it no matter what they put up? Stephen Miller doesn’t really care about policies helping Republican voters. He wants the voters to vote for Republicans first. What they do latter is not an issue.

Andre Engels: No. The Democrats may have a tight grasp of power for some time, say 10 years, but earlier or later one or more of the following will happen:

Based on current voting patterns and some analysis I’ve seen from people I trust to be objective, I’d say that the Republican party, as it currently stands, is in trouble.

Biden has proposed a number of new bills such as the infrastructure bill and the Coronavirus relief bill since assuming the presidency. These bills have all been hotly opposed by the Republican lawmakers but are reported to have high popularity among the voting public at large. The Coronavirus bill, for example, I saw had 70% support among the general public. This suggests that even many

Republican voters support at least some of the current Democrat policies.

And the lawmakers know this. This is why they’ve gone all out on the voting fraud platform as what seems to be their only current policy – introducing legislation to try to limit voting rights (though they don’t call it that…) so that less demographics that routinely vote Democrat can do so easily.

What they need to do, what a mature and grown up political party would do, is assess the reasons why those demographics don’t vote for them and rebrand. Reinvent themselves to better represent what modern Republicanism means. Then, there may be a way for them to actually gain the presidency without the need to cheat or suppress the vote.

Of course not. But what it does mean is something even scarier for Miller – his beloved party would need to change to attract more members to make it relevant.

We have two parties because all our elections are “first past the post” – so coalitions do their best to get 51% of the voters. Well, in a system that has democratic underpinnings.

And this is why so many members of the GOP want things to remain lopsided as they are – because it means that it’s quite likely that as the party shifts, they might lose their primaries. It’s similar to the reason why the GOP has been emasculated by Donald Trump, in that respect. But if they keep losing elections, then a coalition of people will gather that can present a platform that suits them better than either the current GOP platform (which is, literally, “Whatever Donald Trump thinks we should believe”), and the current Democratic Party platform.

This is why parties shift positions around all the time – it’s to try and win over a majority electorate. 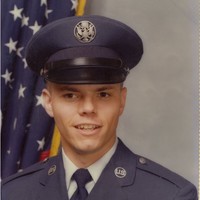 Miller’s statement assumes that the GOP will never adapt. I know, the very notion of republicans engaging in the meaningful self reflection necessary to change the party and platform does seem silly, but this is what political parties *do*. The Democrats were the right-wing conservative part in 1870 – one hundred years, it was the Republicans. Parties change.

The key thing about Miller is that he’s like a nazi chicken-little and should just be ignored. Period. Forever.

Blake Senftner, Enemy of Propanganda, be it American or corporate marketing lies.

The Democrats are not saints, nor are they very good politicians – they drop their winning hands constantly. If voting rights are protected and citizens are allowed to vote, both political parties in the United States will cease to exist. The Democrats are merely the anti-Republicans and are in fact terrible politicians – which I blame 100% on the party leadership that tries to walk the Republican-lite NEOCON tightrope while pandering to human rights and ethics they rarely if ever deliver.

I expect if the United States ever manages to achieve fair and just elections, both political parties are dead as toast and a multiple new parties will emerge in a political mayhem for a generation while politically naive people figure out how their true political beliefs are composed and supported and not the spoon-fed capitalist propaganda that has been the baby formula fed to the nation since forever.

The Democrats can, and should, be in power exactly as long as their ideas appeal to the majority of the populace. The exact same thing is true of the Republicans. And *that* is the way it ought to be. If the Republicans feel they are losing ground, then instead of trying to rig the game, or take advantage of existing rigging of the game such as the Electoral College, they should give a good hard think as to *why* they are losing ground and figuring out how to rebuild their shrinking appeal. This is a (small-d) democratic (small-r) republic, after all.

“Fox Business’ Lou Dobbs snapped at White House advisor Stephen Miller as he raged over why Republicans and the White House aren’t doing more on the president’s legal fight in multiple states.
Dobbs and Miller were largely in agreement as Dobbs brought up Ted Cruz’s public support for one lawsuit concerning the Pennsylvania election and offer to “stand ready to present the oral argument.”

But Dobbs was still angry at the rest of the Republicans for not doing more to defend the president.”

A new book on Stephen Miller, the architect of the Trump administration’s unprecedented attack on immigrant communities and the immigration system, describes the White House adviser as a dangerous man bringing white nationalist ideology to the highest levels of government. “This is what shapes the immigration policy,” says Jean Guerrero, author of “Hatemonger: Stephen Miller, Donald Trump, and the White Nationalist Agenda.” Miller, descended from Jewish immigrants, has been obsessed with fighting multiculturalism since his teenage years and has steadily climbed the right-wing political ladder to become one of Donald Trump’s most trusted associates. He is credited with many of Trump’s most vicious anti-immigrant policies, including separating immigrant children from their parents. “Stephen Miller primarily has been targeting families,” says Guerrero. “It becomes clear that for Stephen Miller, this is not about national security, this is not about keeping out criminals. This is about reengineering the ethnic flows into this country to keep Brown and Black families out.”

Stephen Miller sent over 900 emails to Breitbart detailing his affinity to white supremacy. Cenk Uygur and Ana Kasparian, hosts of The Young Turks, break it down

“The emails, which Miller sent to the conservative website Breitbart News in 2015 and 2016, showcase the extremist, anti-immigrant ideology that undergirds the policies he has helped create as an architect of Donald Trump’s presidency. These policies include reportedly setting arrest quotas for undocumented immigrants, an executive order effectively banning immigration from five Muslim-majority countries and a policy of family separation at refugee resettlement facilities that the Department of Health and Human Services’ Office of Inspector General said is causing “intense trauma” in children.”

Julia Ioffe is a political correspondent focused on national security and foreign policy for GQ magazine. She has also written for Politico, The Atlantic, and The New Yorker.

The Post’s Rosalind S. Helderman obtained a video featuring White House senior policy adviser Stephen Miller when he was in high school. Here’s what she learned from it.