The first person Kyle Rittenhouse shot did not have a gun but he told the crowd that he did.

Jocko Willink, a former Navy SEAL commander, host of the “Jocko Podcast,” and the author of “Discipline Equals Freedom: Field Manual,” believes your best chances might be to run from a fight. Following is a full transcript of the video.

Now, some people might think: “Well, Jocko, I don’t want to run away if somebody wants to fight me. I want to fight them.” Well, let’s think about where that might end up for you. No. 1: You don’t know if this person has a weapon or not. What if they have a knife? What if they have a pistol? What if they’ve got three or four friends? And now you’re getting either shot, stabbed, mutilated, or otherwise maimed and killed. That’s not what you’re looking for on a Friday night as you’re walking down the street.

So it’s a lose-lose situation to get in a confrontation on the street. If you can break contact and get away, break contact and get away. That’s what you should learn self-defense for. Obviously, if someone is doing something that they’re attacking someone in your family and you have to step in to defend yourself, well, that’s why you continue training all the time — because that might happen, and you have to be prepared for that. Optimally, you get out of there: You break contact, you get away. If you have to stand and fight, you train yourself so that you’re able to do it.

Jewish Women asks what gun to buy to deal with political violence.

If you’re about to be attacked, pretend you know them. This may sound silly, but it worked for me. It saved my life.

When I was 16 years old, I was walking alone through a town centre at 1am, towards a bus stop after a party. I was slightly tipsy, however my cognition was mostly fine.

The air was cold and nippy; I regretted wearing a short skirt. I began feeling confused when I realised a dark figure was walking directly towards me. They were looking directly at me, as if they were stalking their prey. They started picking up their pace. I knew I was in danger. 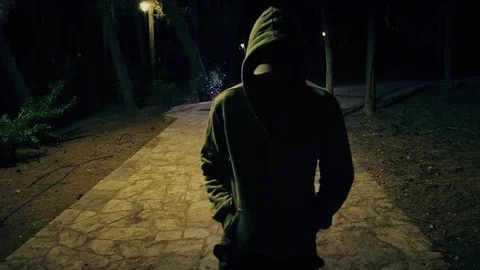 My slightly tipsy brain made a strange decision. I pretended that I knew them.

“Uh, what?”, he replied, flabbergasted.

“You look so different, tell your mum I said hi!”, I replied.

“How could you forget? Anyway, I’ve got to go. Catch up soon”, I replied before speeding away.

As I walked away, I turned around briefly to see if he was gone. He was walking in the opposite direction, and I noticed a handle poking out of his back pocket. A knife.

The next day, out of curiosity, I googled the correct way to deal with an attacker, and this is actually a legitimate way. Obviously this won’t work if the attacker has already began hurting you. But yes, this technique confuses and distracts the attacker, whilst also humanising you – so that you’re less likely to be hurt.

5 most common attacks and how to stop them

After an awesome super seminar at http://www.GracieSeoul.com I had a chance to spar with the four black belts in attendance. I narrated it so you know what I was thinking the whole time!

Speculates that the animosity between Carlos, Sr and Helio were cause by parental favoritism.

Have you ever wondered why there seems to be two different Jiu-Jitsu styles? In this video, Ryan explains the differences and history of one of the largest families in Jiu-Jitsu. Welcome to the official Kama Jiu-Jitsu channel! We are the premier martial arts school for those who want to learn Gracie Jiu-Jitsu, Brazilian Jiu-Jitsu, and Mixed Martial arts. With over twenty years of training, we wish to share our knowledge with you! So give us a watch and learn the powerful art of Jiu Jitsu! Wanna try Jiu Jitsu? We offer a free trial! We service the Orange county and Dallas/Fort Worth areas teaching adult, children, women, and advanced classes. Contact today for more info!