The challenge in thinking about a case like the suspicious suicide of Jeffrey Epstein, the supposed “billionaire” who spent his life acquiring sex slaves and serving as a procurer to the ruling class, can be summed up in two sentences. Most conspiracy theories are false. But often some of the things they’re trying to explain are real.

Conspiracy theories are usually false because the people who come up with them are outsiders to power, trying to impose narrative order on a world they don’t fully understand — which leads them to imagine implausible scenarios and impossible plots, to settle on ideologically convenient villains and assume the absolute worst about their motives, and to imagine an omnicompetence among the corrupt and conniving that doesn’t actually exist.

Or they are false because the people who come up with them are insiders trying to deflect blame for their own failings, by blaming a malign enemy within or an evil-genius rival for problems that their own blunders helped create.

Or they are false because the people pushing them are cynical manipulators and attention-seekers trying to build a following who don’t care a whit about the truth.

For all these reasons serious truth-seekers are predisposed to disbelieve conspiracy theories on principle, and journalists especially are predisposed to quote Richard Hofstadter on the “paranoid style” whenever they encounter one — an instinct only sharpened by the rise of Donald Trump, the cynical conspiracist par excellence.

But this dismissiveness can itself become an intellectual mistake, a way to sneer at speculation while ignoring an underlying reality that deserves attention or investigation. Sometimes that reality is a conspiracy in full, a secret effort to pursue a shared objective or conceal something important from the public. Sometimes it’s a kind of unconscious connivance, in which institutions and actors behave in seemingly concerted ways because of shared assumptions and self-interest. But in either case, an admirable desire to reject bad or wicked theories can lead to a blindness about something important that these theories are trying to explain.

Here are some diverse examples. Start with U.F.O. theories, a reliable hotbed of the first kind of conspiracizing — implausible popular stories about hidden elite machinations.

It is simple wisdom to assume that any conspiratorial Fox Mulder-level master narrative about little gray men or lizard people is rubbish. Yet at the same time it is a simple fact that the U.F.O. era began, in Roswell, N.M., with a government lie intended to conceal secret military experiments; it is also a simple fact, lately reported in this very newspaper, that the military has been conducting secret studies of unidentified-flying-object incidents that continue to defy obvious explanations. 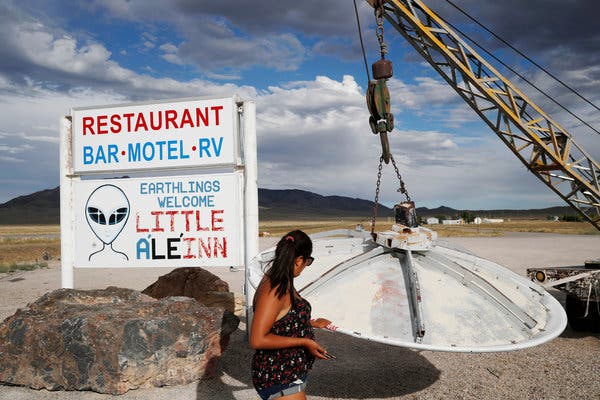 So the correct attitude toward U.F.O.s cannot be a simple Hofstadterian dismissiveness about the paranoia of the cranks. Instead, you have to be able to reject outlandish theories and acknowledge a pattern of government lies and secrecy around a weird, persistent, unexplained feature of human experience — which we know about in part because the U.F.O. conspiracy theorists keep banging on about their subject. The wild theories are false; even so, the secrets and mysteries are real.

Another example: The current elite anxiety about Russia’s hand in the West’s populist disturbances, which reached a particularly hysterical pitch with the pre-Mueller report collusion coverage, is a classic example of how conspiracy theories find a purchase in the supposedly sensible center — in this case, because their narrative conveniently explains a cascade of elite failures by blaming populism on Russian hackers, moneymen and bots.

And yet: Every conservative who rolls her or his eyes at the “Russia hoax” is in danger of dismissing the reality that there is a Russian plot against the West — an organized effort to use hacks, bots and rubles to sow discord in the United States and Western Europe. This effort is far weaker and less consequential than the paranoid center believes, it doesn’t involve fanciful “Trump has been a Russian asset since the ’80s” machinations … but it also isn’t something that Rachel Maddow just made up. The hysteria is overdrawn and paranoid; even so, the Russian conspiracy is real.

A third example: Marianne Williamson’s long-shot candidacy for the Democratic nomination has elevated the holistic-crunchy critique of modern medicine, which often shades into a conspiratorial view that a dark corporate alliance is actively conspiring against American health, that the medical establishment is consciously lying to patients about what might make them well or sick. Because this narrative has given anti-vaccine fervor a huge boost, there’s understandable desire among anti-conspiracists to hold the line against anything that seems like a crankish or quackish criticism of the medical consensus.

But if you aren’t somewhat paranoid about how often corporations cover up the dangers of their products, and somewhat paranoid about how drug companies in particular influence the medical consensus and encourage overprescription — well, then I have an opioid crisis you might be interested in reading about. You don’t need the centralized conspiracy to get a big medical wrong turn; all it takes is the right convergence of financial incentives with institutional groupthink. Which makes it important to keep an open mind about medical issues that are genuinely unsettled, even if the people raising questions seem prone to conspiracy-think. The medical consensus is generally a better guide than crankishness; even so, the tendency of cranks to predict medical scandals before they’re recognized is real.

Finally, a fourth example, circling back to Epstein: the conspiracy theories about networks of powerful pedophiles, which have proliferated with the internet and peaked, for now, with the QAnon fantasy among Trump supporters.

I say fantasy because the details of the QAnon narrative are plainly false: Donald Trump is not personally supervising an operation against “deep state” child sex traffickers any more than my 3-year-old is captaining a pirate ship.

But the premise of the QAnon fantasia, that certain elite networks of influence, complicity and blackmail have enabled sexual predators to exploit victims on an extraordinary scale — well, that isn’t a conspiracy theory, is it? That seems to just be true. 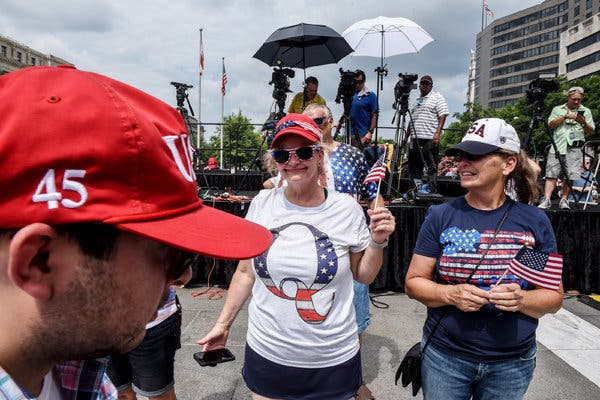 And not only true of Epstein and his pals. As I’ve written before, when I was starting my career as a journalist I sometimes brushed up against people peddling a story about a network of predators in the Catholic hierarchy — not just pedophile priests, but a self-protecting cabal above them — that seemed like a classic case of the paranoid style, a wild overstatement of the scandal’s scope. I dismissed them then as conspiracy theorists, and indeed they had many of conspiracism’s vices — above all, a desire to believe that the scandal they were describing could be laid entirely at the door of their theological enemies, liberal or traditional.

But on many important points and important names, they were simply right.

Likewise with the secular world’s predators. Imagine being told the scope of Harvey Weinstein’s alleged operation before it all came crashing down — not just the ex-Mossad black ops element but the possibility that his entire production company also acted as a procurement-and-protection operation for one of its founders. A conspiracy theory, surely! Imagine being told all we know about the late, unlamented Epstein — that he wasn’t just a louche billionaire (wasn’t, indeed, a proper billionaire at all) but a man mysteriously made and mysteriously protected who ran a pedophile island with a temple to an unknown god and plotted his own “Boys From Brazil” endgame in plain sight of his Harvard-D.C.-House of Windsor pals. Too wild to be believed!

Where networks of predation and blackmail are concerned, then, the distinction I’m drawing between conspiracy theories and underlying realities weakens just a bit. No, you still don’t want to listen to QAnon, or to our disgraceful president when he retweets rants about the #ClintonBodyCount. But just as Cardinal Theodore McCarrick’s network of clerical allies and enablers hasn’t been rolled up, and the fall of Bryan Singer probably didn’t get us near the rancid depths of Hollywood’s youth-exploitation racket, we clearly haven’t gotten to the bottom of what was going on with Epstein.

So to worry too much about online paranoia outracing reality is to miss the most important journalistic task, which is the further unraveling of scandals that would have seemed, until now, too implausible to be believed.

Yes, by all means, resist the tendency toward unfounded speculation and cynical partisan manipulation. But also recognize that in the case of Jeffrey Epstein and his circle, the conspiracy was real.