Concern trolling involves someone opposing an idea or viewpoint, yet acting like they’re an advocate for the cause. A concern troll offers undermining criticisms under the guise of concern. Their goal is to sabotage the cause being discussed, and to inspire doubt among group members. This occurs in groups rallied around a particular issue, especially in political parties, and the goal of concern trolling is to cause dissent within a community.

Aikido is the Japanese martial art of using your opponent’s momentum against them. I find that it has relevance for online communication. A brief thread. 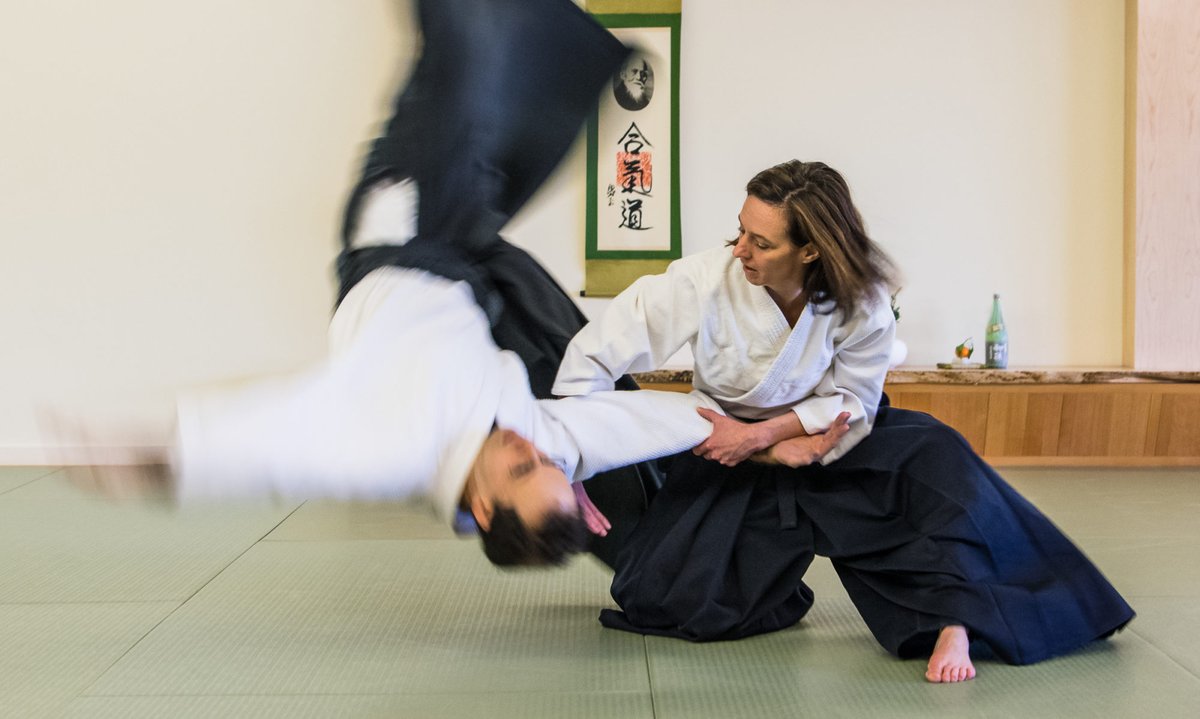 Aikido is admittedly kind of a shit martial art if you want to regularly win UFC. Investing time into some combination of kickboxing, submission grappling, and Muay Thai gets you a lot further. Offense, aggression, breaking things, with rational defense as well.
I personally also preferred the aggressive striking style or submission style where possible. It’s practical. In my 12 yrs of fighting and a few years as an assistant instructor, I preferred striking against large opponents, and used grappling mainly against small opponents.
The practical problem was that my co-ed martial arts school was like 80% male, and thus basically 80% larger than me. It’s awkward leading a class of people as big or bigger than you. I was usually the smaller one in a given sparring match. An uphill battle every time.
Due to how frequently I fought larger people, for the small percentage of time when I instead fought against other women or smallish men, it suddenly felt like Goku or Rock Lee taking off his training weights.
Against men tho, I found Aikido helpful. My grappling tactic was to push them, until they push back and overpower me, at which point I quickly grab them and pull them towards me and down, dropping them off balance with their own forward momentum. Then I choked them out.
People online are often weirdly aggressive, like in their basement tweeting against random avatars they don’t know to support their existing worldview. It’s better to treat it as though you are conversing with other people, because you are.
Even professionals or other high-profile accounts can often go after each other aggressively. It’s often due to pent-up frustration, large egos, and dealing with other people online without the full context of their actual humanity.
If you ignore aggressors, or acknowledge them and discuss with them, rather than insult them back, you often make progress. Maybe they had a bad day. Maybe they developed a false perception of you. If you get aggressive back, it only fuels it. Instead, explore it.
Sometimes you can fix their perception of you and sort it out, assuming you are honest. Or if they are irrational, you give them rope to hang (embarrass) themselves. Nothing is more awkward than attacking someone who is kind and rational in return. It’s like verbal Aikido.
Acknowledge their concerns, ask for clarification, point out their contradictions or incorrect statements, and cheerfully defend the truth. Maintaining aggression against that is hard. Internet aggression is often like that: diffused if one side drops it or pulls them in.
People who get butthurt about internet aggressions, get mad at memes, have large egos, and get angry at negative comments: They fail to learn from the feedback, and instead fuel more viral aggression against them. People dehumanize them, and they dehumanize back.
The internet is simpler when you do the really weird and shocking trick of just like, treating it as talking with neighbors and other people in person. Because at the end of the day, this is just a medium between people, despite illusions to the contrary.

The NBA has seen some incredible stories unfold year after year. From players that went undrafted becoming stars to buzzer-beating game-winners, to off-the-court controversies. It seems like the league never sleeps and it’s even hard to catch up with all the things that happen.

One of the most surprising stories we’ve ever heard was about Latrell Sprewell, who was an All-Star and one of the best scorers in the league at some point but made perhaps the worst work-related decision in the history of professional sports.

Sprewell had a controversial incident with his then-coach PJ Carlesimo, who he threatened to kill and choked. Then again, he had another shot in the league with the New York Knicks, later being traded to the Minnesota Timberwolves.

Sprewell joined Kevin Garnett and Sam Cassell and the Timberwolves instantly became Championship contenders. Their Big 3 was unstoppable in the offensive end and it looked like they were ready to finally take a step forward and make the NBA Finals.

Fast-forward to 2004 when Sprewell hit free agency. The Timberwolves offered him a $14.6 million extension that could’ve made him amass from $27 to 30 million over the next couple of years but he felt lowballed and decided to respectfully decline their offer:

“Why would I want to help them win a title? They’re not doing anything for me. I’m at risk. I have a lot of risk here. I got my family to feed,” Sprewell said back in the day.

He bet on himself and ran out his contract but underperformed all year long. It’s obvious that Sprewell was expecting the Timberwolves to take their offer up a notch or draw interest from another team in the league, and given his character issues and his age, that just didn’t happen and Latrell Sprewell never played a minute of NBA basketball again.

Brandolini’s Bullshit Asymmetry Principle: “The amount of effort necessary to refute bullshit is an order of magnitude bigger than to produce it.”

Course: INFO 198 / BIOL 106B. University of Washington
Instructors: Carl T. Bergstrom and Jevin West
Synopsis: Our world is saturated with bullshit. Learn to detect and defuse it.

The course will be offered as a 1-credit seminar this spring through the Information School at the University of Washington. We aim to expand it to a 3 or 4 credit course for 2017-2018. For those who cannot attend in person, we aim to videotape the lectures this spring and make video clips freely available on the web.