I have found three things that suddenly change a narcissist’s personality:

When a narcissist latches on to new supply, they engage in mirroring. They lack a stable identity because their emotional development is stunted to toddler years.

Every time they meet new supply, they start changing like a chameleon.

The supply could be a partner or a friend. But once they are in idealization phase, the narcissist becomes a new person. They gather new traits for their mask.

When a narcissist is rejected, they go into collapse. It’s when the narcissist has no choice but to confront their shame, and they feel unlovable. It reminds them of the rejection from their narcissist parent.

I’ve seen many collapses: it causes a sudden despondency. A deep depression and vulnerability. I rarely see it last more than a week, often much shorter.

The narcissist is actually most likable in this pathetic state. They seem human.

However, they’re dangerous AF in this state too. They’ll go into a rage and their revenge is wildly disproportionate.

I know one narcissist that killed himself in this state as a child, at 15, after sexually assaulting his supply and being discarded. And my dad also tried to kill himself in a collapse.

TIME FOR A HOOVER.

Let’s see if we can FINISH HER.

At this time, the narcissist who discarded you like you were moldy cheese suddenly acts like you’re a whole gourmet meal again.

They bring on your favorite drug: the lovebomb.

And then they try to ruin your life all over again.

The narcissist will do one of 3 things.

When you confront a narcissist and call them out on their behavior or stand up for yourself, the narcissist experiences narcissistic injury.

Their idealized self, their persona, has been challenged. That is both terrifying and hurtful to them at the same time.

Depending on the narcissist, you may or may not see the rage.

After the narcissist feels the injury, they will react in one of 3 ways.

#1 The narcissist will deny, deflect, and dismiss.

When you call the narcissist out, they will adamantly deny what you say is true, even in the face of evidence. They will tell you you’re mistaken, you’ve misunderstood, that they were messing with you and it was a joke, or that your insecurity made you see something that wasn’t there.

Next, they will deflect the conversation to something they find wrong with you. This shifts you to defense — defense of yourself, your motives, your character. While the focus is on you, they are off the hook.

Finally, they will dismiss you as overreacting, crazy, or being too sensitive, controlling, or insecure.

Suppose you confront your husband with evidence of their cheating. You’ve found condoms in his glove box, plane tickets for two (your husband and another woman), then searched his phone and found the text string. It’s obvious they talk to each other like a couple.

Now he launches into a conversation about your insecurity and jealousy. You see, the real problem is you. He tries to convince you your behavior is proof.

Then he says, you need to fix your problem. There’s nothing he can do about your insecurity.

Eventually, you feel so exhausted and beaten down by the conversation that you just want it to be over. He’s won.

#2 The narcissist will offer a false apology and become the victim.

When you call the narcissist out and take a stand for yourself, first the narcissist will offer a false apology. It may sound and feel sincere. They may even mean it sincerely in that moment.

Yet their behavior does not change. They are unwilling to do what it takes to make positive change. Their actions do not match their words.

Next, they make themselves the victim by providing excuses for their behavior. They do not truly own it as theirs.

Suppose your wife spends an extra $1000 from the household budget on wants, not needs. You confront her about her spending as this behavior has negatively impacted the family’s finances.

She apologizes profusely, saying, “I know it’s a problem. I’m so sorry. I won’t let it happen again. Please don’t be upset. I didn’t mean to go over the budget. I didn’t mean to hide it from you. I know that’s terrible. I’m a terrible person. My mom used to hide spending from my dad. She used to buy us stuff behind his back when we had a bad day. It’s not an excuse, but it’s what I learned at home.”

It is an excuse, an excuse presented by an adult who is avoiding responsibility for their behavior, an adult who has now become the victim. Next thing you know, you are comforting her.

They avoid taking responsibility and receive a ton of narcissistic supply. It’s no wonder they do it.

#3 The narcissist will discard and discredit.

You call out the narcissist on their behavior and take a stand. The overt narcissist may decide you’re just too much work – it’s easier to get supply elsewhere. They will discard.

When you do this with a covert narcissist after their mask has slipped and they know you saw their true self, the narcissistic injury is too great, their rage is too intense. You have shifted to “all bad” and they can no longer hold a positive impression of any part of the relationship.

You have threatened not only their idealized self, their false persona, but also their made-up version of reality. Their house of cards is at risk of tumbling down and they are terrified.

They will either discard you or torture you until you discard them. If their persona is the victim who is beaten down by mean old you, getting you to discard them supports that story.

The covert narcissist isn’t watching and waiting. They’ve already started discrediting you. The stories broadcast to their flying monkeys at this point are about how you humiliated them, belittled them, denigrated them.

They share how abusive you are. The flying monkeys encourage them to leave, to leave this abusive relationship. They appear weak, making excuses for why they need to stay. They relish the opportunity to play the victim.

They share how dishonest and untrustworthy you are. They share stories that make you look crazy. This is all done with a “Don’t tell anyone I told you this. I’m so embarrassed…”

The covert narcissist discredits and smears you to limit the impact of your exposing them.

When a narcissist can no longer control you, they seek to control the way others see you.

M.A in History & Latin (language), Ohio University (Graduated 2016)September 10
Who was worse and why: Hitler or Stalin?

Evil is evil- it just is. Stalin and Hitler were both horrible men, horrible leaders, and they did horrible things to their own people and others. That said, I think Hitler is the more evil of the 2. 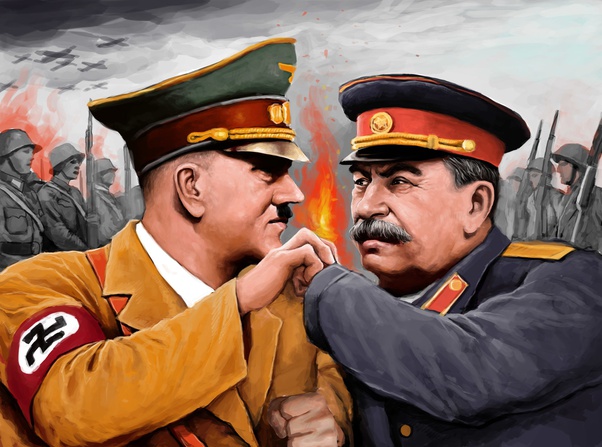 Asking this question is kinda like asking “what’s worse dying of rabies or being lit on fire”. They both just really suck. I’m not a fan of historical antler measuring contests but regardless- it’s a common question so let’s address it.

Hitler took power in 1933 and reigned in Germany as dictator until 1945 when Germany fell. During this period of time 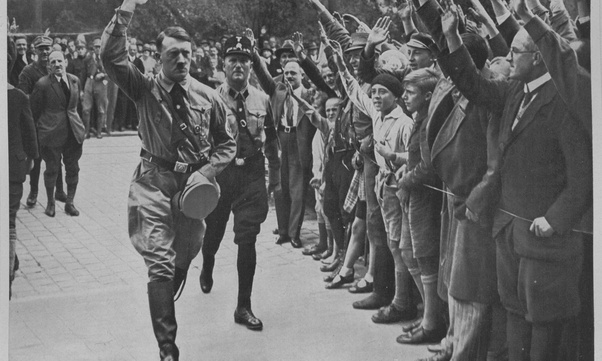 Now Hitler really stands alone when it comes to horror.

During WW2 the Nazis would directly kill 35 million civilians. This is an insane number. Now, these are not people killed by accident when a factory was bombed nor are these indirect deaths from German actions. No- I mean Germans shot, gassed, tortured, and intentionally killed 35 million civilians.

These are just the primary crimes against humanity Hitler ordered and inspired.

In his 12 years in power 35 million died. This means that for every year that man ruled Germany, 3 million civilians died on average. These deaths were intentional, horrific, and make your blood run cold

Stalin was no angel either though. 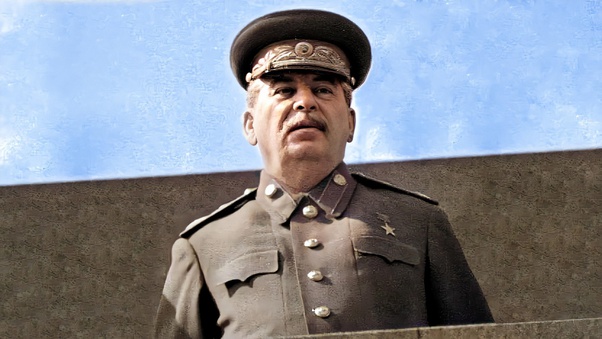 He made his name in the communist party by committing various crimes to raise funds. He was known as a violent sociopath with little regard for human life.

When Lenin died though Stalin quickly found himself in power and from 1922 to 1953 Stalin would rule the USSR as its absolute dictator.

How many died under his rule though? Well this is hard to say.

Now, most of you will say “20 million” but that number is a bit tricky. First off there is no evidence for 20 million being valid. In order to get to 20 million you have to include every possible famine, wildly overestimate realistic death tolls, and stretch the truth.

The only historians to conclude “20 million” as the number are famously anti-socialist and this is important to note.

Now many of these were extremely brutal. After German atrocities in the USSR the Reds wanted revenge and brutalized the German civilian population.

Moreover, life in the USSR was terrifying for many. Stalin’s government was horrifyingly cruel and often killed at random simply to inspire fear.

My total of 10 million can be debated though. Famines are disasters and its hard to include them as intentional killings. Additionally, records are really incomplete here and while I am not on the high end- I am also far from the low-end estimates

Every year Stalin was in power 300,000 people died on average.

Hitler is responsible for 3 times more killings than Stalin and he achieved this number in 1/3rd the time.

Also, Hitler intended to kill every single civilian that died– in fact, he wanted to kill many more but was thankfully stopped. With Stalin, it is not so clear. We can attribute many millions of deaths to him- but not all were intentional or desired.

Either way they were both horrible people.

Link to research article mentioned in the video: https://psycnet.apa.org/doiLanding?do…