Shir Hever, a political economist who grew up in Israel, talks about the extreme right-wing radicalization of most of the Israeli Jewish population.

Neither one contradicts the other. But you might not know it from some of the recent coverage of the conflict between Israel and the Palestinians.

Last week, Pakistan’s foreign minister invoked long-standing tropes about Jewish power and influence by referring to Israel’s “deep pockets” and “control” of the media in an interview with CNN that went viral. I am all for criticizing examples of media bias and double standards but these were undeniably “antisemitic slurs,” which is exactly what I tweeted after watching the minister’s comments. Pro-Pakistani government trolls on Twitter then spent several days and hundreds of tweets condemning me as a “sellout” and a “Zionist apologist,” among other choice labels.

I wonder if any of those trolls saw my Peacock show earlier this week. I hosted a discussion about apartheid and war crimes in Israel and the occupied territories with representatives from two prominent human rights groups, B’Tselem and Human Rights Watch. Both well-respected groups accused Israel of the crime of apartheid for the first time this year.

On Wednesday, however, four Jewish House Democrats penned an open letter in which they claimed that statements accusing Israel of apartheid “are antisemitic at their core and contribute to a climate that is hostile to many Jews.” Though their names weren’t included, it was a clear rebuke of statements from Rep. Ilhan Omar, D-Minn., and other progressive members of their caucus in recent weeks.

In response, I would ask the four drafters of the letter if I am now antisemitic for agreeing with Human Rights Watch’s 213-page report detailing how “deprivations” of Palestinian rights by Israel are now “so severe that they amount to the crimes against humanity of apartheid and persecution?” Is my award-winning MSNBC colleague Ali Velshi, who recently said — and wrote — that “the idea that it’s even remotely controversial to call what Israel has imposed on Palestinians a form of apartheid is laughable,” an antisemite as well? (Ali, incidentally, is the child of brown South African parents who left that country because of, wait for it, apartheid.)

You can, of course, agree or disagree, in good faith, with the claim that Israel is guilty of the crime of apartheid. But it’s not antisemetic; apartheid is not an insult or a trope; it is a “crime against humanity” clearly defined under international law “as inhumane acts … committed in the context of an institutionalized regime of systematic oppression and domination by one racial group over any other racial group or groups and committed with the intention of maintaining that regime.”

The letter from these Democratic lawmakers is yet another example of the way in which the charge of antisemitism — a serious and growing problem here in the United States — is often used and abused by defenders of Israel to protect the world’s only Jewish state from any and all criticism. Perhaps above all else, Wednesday’s open letter is also a reminder of how pro-Israeli politicians in the United States, in their zeal to denounce and discredit their rivals, pay little attention to the rhetoric or actions of actual Israeli politicians in Israel.

If statements connecting Israel to apartheid are “antisemitic at their core,” how then do the letter’s signatories explain the fact that some of the Jewish state’s most senior and prominent politicians have also invoked the threat, or even the reality, of apartheid in Israel and the occupied territories?

Here are 10 of them, including four men who served as prime minister of Israel:

“Israel … better rid itself of the territories and their Arab population as soon as possible. If it did not, Israel would soon become an apartheid state.” – a quote attributed to former Prime Minister David Ben-Gurion by Israeli journalist Hirsh Goodman, after the Six-Day War in 1967.

“I don’t think it’s possible to contain over the long term, if we don’t want to get to apartheid, a million and a half [more] Arabs inside a Jewish state” – former Prime Minister Yitzhak Rabin during a TV interview in 1976.

“If this bloc of millions of ­Palestinians cannot vote, that will be an apartheid state.” – remarks at the Herzliya security conference in 2010 from former Prime Minister Ehud Barak.

“If the day comes when the two-state solution collapses, and we face a South African-style struggle for equal voting rights, then, as soon as that happens, the state of Israel is finished.” – former Prime Minister Ehud Olmert in an interview with the Israeli newspaper Haaretz in 2010

“We established an apartheid regime in the occupied territories” – op-ed for the Israeli newspaper Haaretz in 2002 from former Israeli Attorney General Michael Ben-Yair.

“The state of Israel practices its own, quite violent, form of apartheid with the native Palestinian population.” – an op-ed by former Israeli Education Minister Shulamit Aloni for the Israeli news website Ynet in 2006.

“In the situation that exists today, until a Palestinian state is created, we are actually one state. This joint state … is an apartheid state.” – remarks by former Israeli Ambassador to South Africa Alon liel to a Jerusalem conference in 2013.

“The Supreme Court could have taken a braver decision and not relegated us to the level of an apartheid state.” – Zehava Galon, former chair of the Meretz party, in an interview with the Jerusalem Post in 2006.

“On the Palestinian matter, [Benjamin Netanyahu’s] policies are leading to either a binational state or an apartheid state.” – Meir Dagan, a former head of the Mossad spy agency, in a TV interview with Channel 2 in 2015.

Maybe the Democrats who penned that letter should write a follow-up, one explaining clearly how it is that Israel has, by their logic, been led for so much of its history by “antisemites.” I look forward to reading it.

Admissions committees in communities of up to 400 households are authorized by Israeli law to reject applicants for residency residents based on the criteria of “social suitability” and the “social and cultural fabric” of the town.

This allows a de facto situation in which these committees reject interested residents who are Palestinian citizens of Israel – as well as other marginalized groups – solely on the basis of their race, ethnicity, religion, or other identity. The mechanism allows the effective implementation of housing segregation between Arab and Jewish citizens. 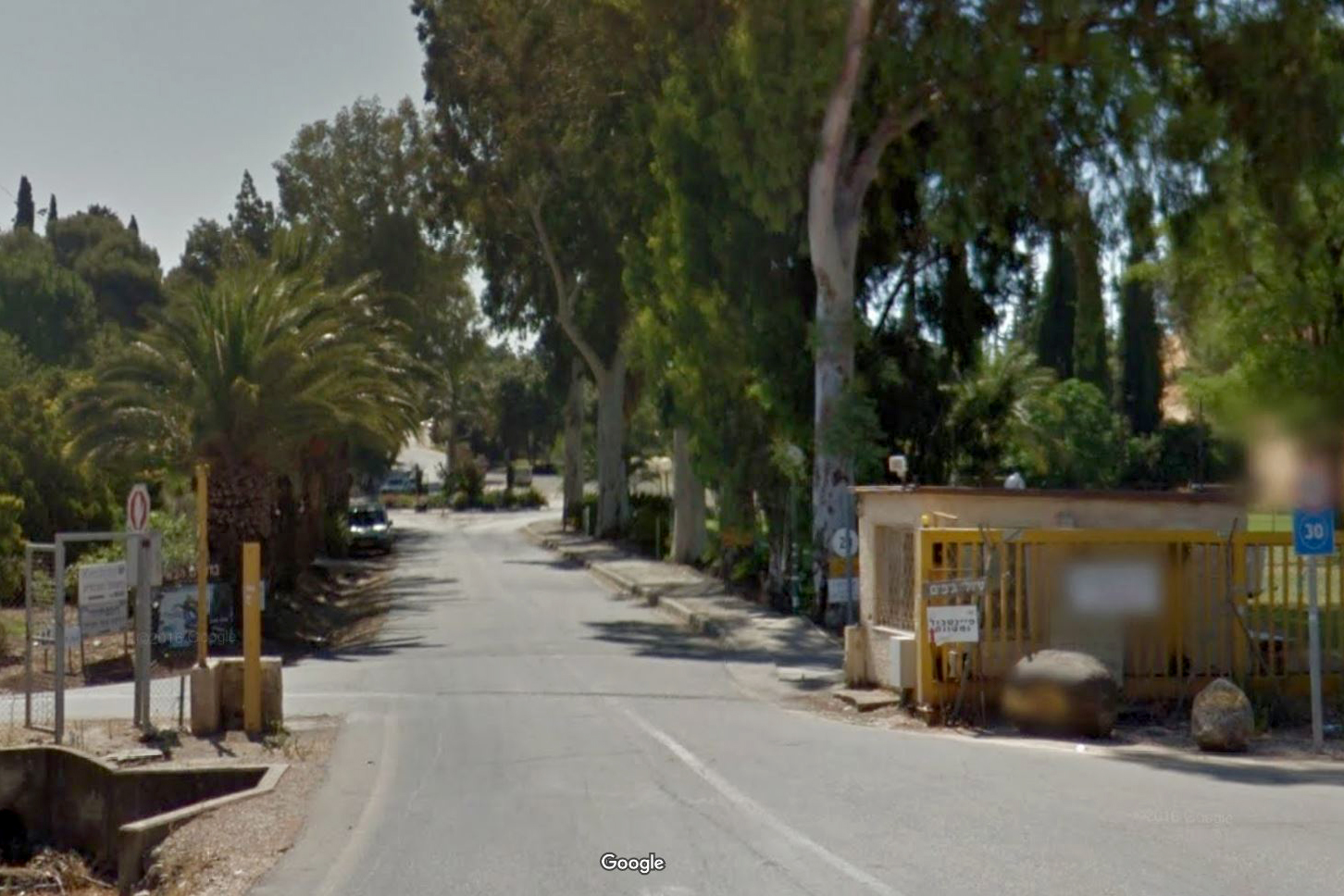 Research conducted by the Knesset Research and Information Center reveals serious violations of the Admissions Committees Law: at least 24 communities in the Galilee and Naqab (Negev) regions of the country continue to operate admissions committees despite having grown larger than 400 households.

On 14 June 2019, Adalah – The Legal Center for Arab Minority Rights in Israel sent a letter to the Israeli attorney general, the Israel Land Authority, the Construction and Housing Ministry, the Finance Ministry’s Registrar of Cooperative Societies, the Ministry for the Development of the Periphery, the Negev and the Galilee, and 24 communities, calling for an immediate end to these serious violations of the Admissions Committees Law.

The Knesset Research and Information Center report, published on 2 May 2019, revealed that admissions committees are operating illegally in at least 24 communities in the Negev and the Galilee because the number of households in those communities has exceeded 400, in violation of the provisions of Amendment 8 to the Cooperative Societies Ordinance, 5771-2011.

The Knesset’s data is only partial, since there are no official supervisory mechanisms to ensure compliance with the provisions of the law. Indeed none of the relevant authorities contacted by Knesset researchers actually had the relevant data. Further, seven regional councils did not even respond to official inquiries made by Knesset researchers.

In its letter, Adalah emphasized its principled and resolute opposition to the existence of admissions committees – in general – as a mechanism of discrimination and humiliation. Adalah also objected to the rationale that links the size of a community (up to 400 households) with the possibility of allowing discrimination and the exclusion of citizens from public resources.

However, as long as this discriminatory mechanism continues to operate, its terms must be guaranteed. The Knesset research clearly reveals that the authorities in these 24 communities are acting without authority and in violation of the rule of law. Further, there is no justification for operating admissions committees: the Tenders Law requires that land sales in these communities be open to all citizens.

“The purported ‘social and cultural fabric’ of these 24 communities is nothing more than a fiction designed to blur the main purpose of the admissions committee: the legalized implementation of racist segregation. The creation of communities off limits to Arab citizens is part of a comprehensive policy aimed at reducing the living space of Arab citizens in general and Judaizing the Galilee and the Naqab (Negev) in particular. Even worse, it has now been revealed that Israeli authorities are actually operating these discriminatory committees in violation of Israeli law”.

In 2018, the Israeli parliament approved the Jewish Nation-State Basic Law that enshrines Jewish supremacy over Palestinian citizens. The law has distinct apartheid characteristics and requires racist acts as a constitutional value.

The Israeli Knesset voted on 19 July 2018 by a margin of 62 to 55 to approve the Jewish Nation-State Basic Law, constitutionally enshrining Jewish supremacy and the identity of the State of Israel as the nation-state of the Jewish people.

This law – which has distinct apartheid characteristics – guarantees the ethnic-religious character of Israel as exclusively Jewish and entrenches the privileges enjoyed by Jewish citizens, while simultaneously anchoring discrimination against Palestinian citizens and legitimizing exclusion, racism, and systemic inequality.

Despite the foundational nature and far-reaching scope of the Jewish Nation-State Law, however, it contains no commitment to democratic norms, or a guarantee of the right to equality, or a prohibition of discrimination on the basis of race, nationality, ethnicity or any other category for all people living under Israeli sovereignty.

This law denies the collective rights of Palestinian citizens of Israel, who comprise 1.5 million people or 20 percent of the population Israel and constitute a homeland minority group under international human rights law.

Click below to read Adalah’s short summary of the law

In a rare, candid conversation, Abby Martin interviews a former Israeli Army combat soldier who served as an occupier in Palestine’s Hebron City. Eran Efrati spent years as a sergeant and combat soldier in the Israeli military, but has since become an outspoken critic of the occupation of Palestine and Israeli apartheid.

Efrati gives explosive testimony on the reality of his service and explains how war crimes are institutionalized, as well as how systematic the oppression against Palestinians really is in a war of conquest that will no-doubt be accelerated under the Trump Administration.

As Israel gears up for its fourth general election in two years, it has become increasingly clear that Israeli politics is in the process of disintegration, largely due to an ever more fragmented party system based on identity politics, says Shir Hever, author of the book, The Privatization of Israeli Security.

On the streets of Jerusalem, Abby Martin interviews Jewish Israeli citizens from all walks of life. In several candid interviews, disturbing comments reveal commonly-held views about Palestinians and their future in the region. Israeli-born human rights activist and anti-Zionist, Ronnie Barkan, explains why these attitudes dominate Israeli society.