John Smyly, a former Boulder Colorado Police officer detains a man, Zayde Atkinson with no RAS. When he refuses to ID the way the cop wants him to, John Smyly escalates the situation. He tries to make his victim sit like a dog, for no reason other than to assert dominance over him. When Zayde Atkinson refuses, Smyly threatens to tase him. When Zayde continues to refuse to be John Smyly’s b****, Smyly brandished a fire arm to try to further intimidate his victim into compliance. The man he tried to bully and intimidate, Zayde Atkinson, NEVER gave in. Smyly was allowed to resign, and is likely working for another department at this time. If you know what department Smyly is working it, please email that information to realjamesfreeman@gmail.com, so I can publicly publish that information, warning potential new victims.

I was just gonna say the same thing! The bootlickers that “just comply” and don’t know there rights are the reason we are in the situation we are now.
And just think, this is just “1” instance of this kind of abuse brought to light. Gotta wonder how many events like this end very differently because somebody refuses to comply with an “unlawful” order by a uniformed bully with a badge. This event should have been career ending for psycho shoat!
It’s called harassing people just because he wants to prove the point he’s wrong
Cops remind me of terrible poker players. They bet too big, too early with an extraordinarily weak hand and get pot committed to where they must go all in in with no chance of winning. It’s also hilarious at 18:25 how the cop sneaks up on the bucket and the grabber like it’s actually a dangerous item
“We see you out here picking up trash and that’s clearly a sign of a hardened criminal.”
I can’t remember how many times I’ve watched this… but each and every time I’m left with a definite fact: This college student is a Psychology Major!!! It’s confirmed each and every time he asks the officer, “and how do you feel about that?”
There’s a far more dangerous cop running around Colorado. His name is Chris Dickey and he’s cost taxpayers over $1,000,000 in lawsuits (He and his partner murdered a suicidal veteran having a PTSD episode, he and his partner severely beat a motorist who had a diabetic episode and crashed, he deployed a taser on a protester on public property who didn’t ID) and I believe he’s a deputy in Grand County.
100% ego!!! The fact that he can’t let it go even when told to by his supervisor means he WILL KILL SOMEONE one-day. Count on it.
They know he’s no threat but they are obsessed with getting him to sit down as they see that as him submitting.
I’ve seem this video so many times, I can literally say every word they say in unison. Thing is , even after all those views, all those channels, I STILL find it one of the most telling videos on there right now. It shows broken police policies and behaviors. How they can turn anything Into a weapon, a crime, constitutional violation, and the other cops question nothing. The fact ONLY one officer was fired is Insane. He was the sacrifice, but all the others went with it. If it wasn’t for the bodycam, witnesses, and cameras on the cops, that kid would have been beaten , razed, or even shot. Ridiculous, every one of them should be fired and charged. 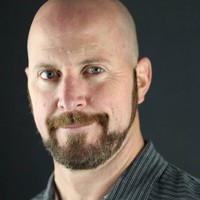 Answered May 24
Originally Answered: My dog sleeps in my bed and he growls at me if I accidentally touch him with my foot while sleep. He gets quite vicious. Is there anyway I can correct this behaviour without having to make him stop sleeping in my bed?

So, there are a couple of things going on here that need to be corrected, first and foremost the power dynamic between yourself and your dog.

When your dog growls at you when you get into “his” space on the bed, what he’s saying is “This is mine, all mine, stay out!”

No. It isn’t. It’s yours. All yours and your dog is happiest when he knows you are in charge, you are the boss of his little pack, you make the decisions, and he submits to you in all things without question. The consequence of your dog asserting dominance in anything is the immediate removal of that thing by you. Therefore, yes, if a dog acts as if the bed is his, he must be made to leave the bed by you as a demonstration that it is YOURS.

He can be allowed back at a later time when he is behaving properly, and only so long as he continues to behave properly.

This kind of problem most often happens with small dogs. (Not universal, but commonly.) The reason for that is that owners often treat dominant behavior from small dogs as “cute,” or at a minimum, nothing to worry about. The best thing to think about when training a small dog is this:
How would you feel if your dog was behaving the way they are right now and looked like this: 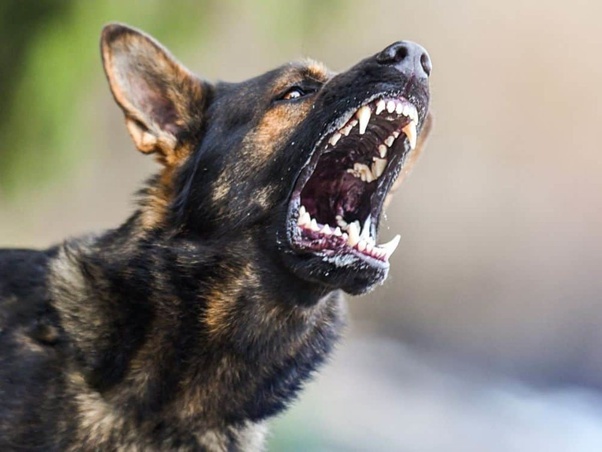 Your dog is in need of some training, and more importantly, in a sense, so are you. You need to learn how to behave as the leader of your dog’s pack, how to calmly assert your leadership over every facet of his life, and to project energy towards your dog that makes him feel safe, protected, and subservient. He should never feel like he NEEDS to take charge, he should always feel that you are the one in charge and that’s a good thing.

That starts with walking him a couple of times a day, and not allowing him to lead the walk. It is your walk, and he is along for the stroll. He may not pull ahead on the leash, he may not go wherever he wants, he needs to walk beside you on a loose leash. Every time he pulls the leash tight, you stop in your tracks, give it a little tiny yank to communicate that he is out of bounds, and wait for him to come back to you and settle down, even if that takes a lot of time. The more frequently and consistently you do it, the quicker he will get the idea. The walk, to a dog, is a patrol around the pack territory. If you are without question leading the walk, then you’re the guy in charge of the pack. If your dog is leading it, they are, and the rest of your interactions will suffer from this power imbalance.

Remember that the leash is not a restraint, it’s a communications device. It should not be needed to restrain your dog, it should be used with small tugs and pressure to tell your dog where you want him to go. That’s why retractable leashes SUCK. A dog is ALWAYS pulling a retractable leash taunt, and therefore ALWAYS feels like they’re in the lead. If you are using a retractable leash, you should always lock it at a comfortable length so that the dog can walk near you without tension on the leash. 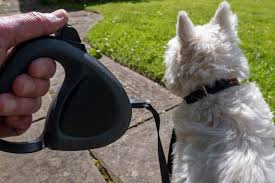 If all it takes me to manage a 60 lb Pit/Lab mix is a pinkie through the loop of a leash, surely there isn’t a dog that needs much more once they get the idea that they’re not allowed to wander off. 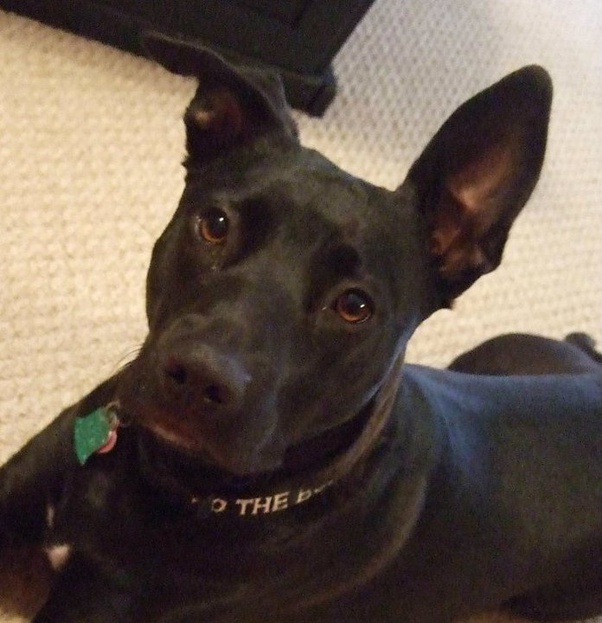 Properly walking your dog leads to other training opportunities. He should learn to sit when you stop to look both ways to cross the street. You can use a command like “Street,” work with him to understand that “Street” is a sit command, and suddenly the idea will dawn on him that there are more things in the world that mean “Sit” than just the word “Sit.” In my house, Touching the doorknob is a sit command. If I drop my dog’s leash, it’s a sit command. Fang was an absolute BOLTER when she was young, so we had to find creative ways to curb her instincts to bolt out the door when someone opened it a crack, or to take off when someone dropped her leash by mistake.

The more you work with your dog, the more confident you become, the more a calm, assertive energy projects from you, you are the boss, you are the person absolutely in charge and you don’t have to prove it, you just know it, the more your dog falls into the routine of behaving that way.

Do you know why Cesar Milan corrects his dogs with the little “Tsch” noise he uses? It’s not because it’s some kind of magic sound that makes a dog drop everything and listen. It’s because it’s the noise his mother used from across the room when she would catch him doing something wrong that he needed to stop right away. So imitating that noise helps him project the same calm, assertive energy that his mother directed at him when she caught him stealing candy off the countertop when he was a kid.

That’s why my dog stops whatever she’s doing when she hears my mother’s typical “EH-EH!” from across the room. It’s not the noise, it’s the energy.

When that dynamic is achieved, if you want them on the bed, they may come up on the bed, but they will already know whose bed it is and will respect the space while being happy with whatever space you allow them.

The best thing to remember is that the biggest kindness you can do your dog is to make sure he never feels like he has to take charge. A subservient, middle-of-the-pack dog is a happy dog who knows the top dog has his back and he doesn’t have a care in the world.

She accused Harvey Weinstein of sexual assault while working as his assistant and says she was forced to sign a non-disclosure agreement. Twenty years later, Rowena Chiu has broken her silence and her NDA to tell her story.

Welcome to The National, the flagship nightly newscast of CBC News

Barack Obama offered some advice on self-confidence to young men at an event hosted by his foundation in Oakland, California, on Tuesday. When asked by a member of the audience about his definition of being a man, and how it relates to the LGBT+ community, the former US president said being a man was ‘first and foremost being a good human’ before going on to say that ‘if you are very confident about your sexuality, you don’t have to have eight women around you twerking’