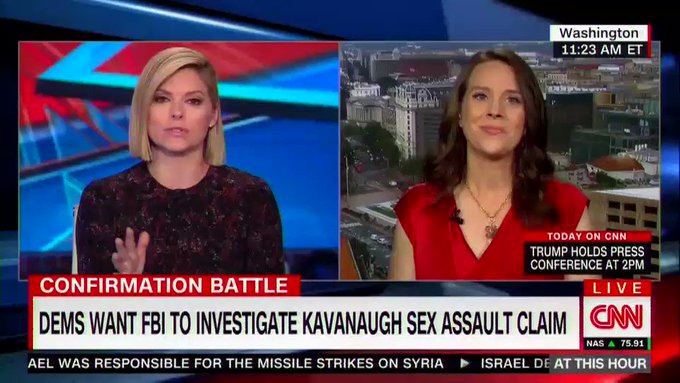 Donald Trump slipped into the Oval Office through a wormhole of confusion about the American identity.

.. We were moving from a white-majority, male-dominated country and manufacturing base to a multicultural, multilateral, globalized, P.C., new energy, new technology world, without taking account of the confusion and anger of older Americans who felt like strangers in a strange land.

.. And we certainly don’t want men like Rob Porter who have punched, kicked, choked and terrorized their wives to be in the president’s inner circle, helping decide which policies, including those that affect women, get emphasized.

.. We don’t want the White House chief of staff to be the sort of person who shields and defends abusers — and then dissembles about it — simply because the abuser is a rare competent staffer. Or a man who labels Dreamers “too lazy to get off their asses” simply because they didn’t apply for legal protections in time.

.. John Kelly served as a character witness not only for Porter, after he didn’t receive security clearance because F.B.I. agents had heard the harrowing tales from his battered ex-wives. Kelly also testified as a character witness for Gen. Robert E. Lee and a former Marine who pleaded guilty to sending inappropriate sexual messages to female subordinates; who drove drunk to an arraignment; and who got charged in Virginia with sex crimes against children.

.. As a more lucid Trump tweeted in 2012 about Rihanna getting back together with Chris Brown, “A beater is always a beater.”

.. We don’t want a president who bends over backward to give the benefit of the doubt to neo-Nazis, wife beaters, pedophiles and sexual predators — or who is a sexual predator himself.

.. We don’t want a president who flips the ordinary equation, out of some puerile sense of grievance, to honor Russia and dishonor the F.B.I.

.. We don’t want a president who is too shallow to read his daily intelligence report and too obsessed with the deep state to deal fairly with our intelligence agencies.

.. We don’t want a president who suggests that Democrats who don’t clap for him are treasonous and who seems more enthralled by authoritarian ways than democratic ones.

.. who wants the sort of chesty military parade that we mock Kim Jong-un for, a phallic demonstration of overcompensation that would only put more potholes in the D.C. boulevards.

.. one who could be so easily trapped in lies that he can’t even be allowed to talk to an investigator.

.. And, finally, we surely don’t want a president who seeks advice on foreign affairs from Henry Kissinger. Ever. Again.