In 2017, physicist and TV presenter Brian Cox made the following comment about politics:

Look across the political landscape of any country, identify the people with blustering certitude and don’t vote for them. [1]

In 2018, again talking about politics, he said:

We have to embrace doubt and uncertainty. We shouldn’t be afraid of it. That’s what research science is. It’s what running a country is, too. Democracy is a trial-and-error system, based on the recognition that it’s very difficult to run society.[2]

Cox was talking about thinking scientifically.

Cox believes we should not vote for politicians who are too sure of themselves, because this means they are not thinking scientifically. 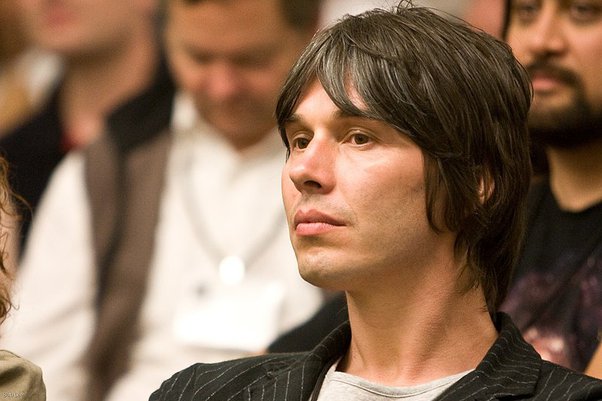 But what does it mean to think scientifically?

At the heart of empirical science is skepticism. Scientific skepticism involves suspending judgment until we have reliable evidence.

Science is not a collection of absolute truths. Scientists are delighted when we are wrong because it means we have learnt something.[3]

What we think is true is always an approximation of what is actually true. Sometimes it’s a very inaccurate approximation. 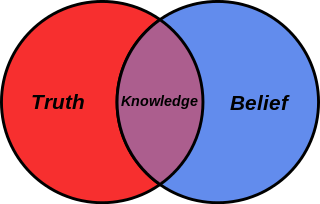 When we are not thinking scientifically, we are too confident in our beliefs and our expectations. Or we make premature judgments without reliable evidence.

Have you ever found yourself disappointed because you had high expectations of something? Or surprised when you had low expectations?

Have people ever judged you based on your appearance or your manner, and later apologized for being wrong?

Have you ever made an investment or a bet or a decision that you thought was a 100% certainty, but it turned out to be a bad decision and you lost money or lost an opportunity?

In my opinion, we develop a more flexible approach to life when we embrace scientific thinking. Thinking scientifically means exercising skepticism, not forming judgments prematurely, and remaining open to the possibility that we could be wrong.

I learned the importance of thinking scientifically too late in life. But better late than never!

Brueggemann says there are three major parts of the Hebrew Scriptures: the Torah, the Prophets, and the Wisdom Literature. The Torah, or the first five books, corresponds to the first half of life. This is the period in which the people of Israel were given their identity through law, tradition, structure, certitude, group ritual, clarity, and chosenness. As individuals, we each must begin with some clear structure and predictability for normal healthy development (a la Maria Montessori). That’s what parents are giving their little ones—containment, security, safety, specialness. Ideally, you first learn you are beloved by being mirrored in the loving gaze of your parents and those around you. You realize you are special and life is good—and thus you feel safe.

The second major section of the Hebrew Scriptures, the Prophets, introduces the necessary suffering, “stumbling stones,” and failures that initiate you into the second half of life. Prophetic thinking is the capacity for healthy self-criticism, the ability to recognize your own dark side. Without failure, suffering, and shadowboxing, most people (and most of religion) never move beyond narcissism and clannish thinking (egoism extended to the group). This has been most of human history up to now, which is why war has been the norm. But healthy self-criticism helps you realize you are not that good and neither is your group. It begins to break down either/or, dualistic thinking as you realize all things are both good and bad. This makes idolatry, and the delusions that go with it, impossible.

My mother could give me “prophetic criticism” and discipline me and it didn’t hurt me indefinitely because she gave me all the loving and kissing and holding in advance. I knew the beloved status first of all, and because of that I could take being criticized and told I wasn’t the center of the world.

The leaven of self-criticism, added to the certainty of your own specialness, will allow you to move to the third section of the Hebrew Scriptures: the Wisdom Literature (many of the Psalms, Ecclesiastes, the Song of Songs, and the Book of Job). Here you discover the language of mystery and paradox. This is the second half of life. You are strong enough now to hold together contradictions in yourself and others with compassion, forgiveness, and patience. You realize that your chosenness is for the sake of letting others know they are also chosen. You have moved from the Torah’s exclusivity and “separation as holiness” to inclusivity and allowing everything to belong.

I’d like to offer some spiritual advice so that you can read Scripture the way that Jesus did and use it for good purposes.

Offer a prayer for guidance from the Holy Spirit before you make your interpretation of an important text. With an open heart and mind, seek the attitude of a beginner and learner. Pray as long as it takes to feel any certitudes loosen.

Once you have attained some degree of openness, try to move to a position of detachment from your own egoic will and its goals and desires—to be correct, to be secure, to stay with the familiar. This might take some time, but without such freedom from your own need for control, you will invariably make a text say what you need and want it to say.

Then you must listen for a deeper voice than your own, which you will know because it will never shame or frighten you, but rather strengthen you, even when it is challenging you. If it is God’s voice, it will take away your illusions and your violence so completely and so naturally that you can barely identify with such previous feelings! I call this God’s replacement therapy. God does not ask and expect you to do anything new until God has first made it desirable and possible for you to do it. Grace cannot easily operate under coercion, duress, shame, or guilt.

(Galatians 5:22-23)—I think you can trust that this interpretation is from the Spirit, from the deeper stream of wisdom.

As you read, if you sense any negative or punitive emotions like

you must trust that this is not Jesus’ hermeneutic at work, but your own ego still steering the ship.

Remember the temptation of Jesus in the desert (Matthew 4:3-10). Three temptations to the misuse of power are listed:

Even Jesus must face these subtle disguises before he begins his public ministry. Only when he has found freedom from his own egoic need for power can Jesus teach with true inner authority and speak truth to the oppressive powers of his time.