In association with Shimano. 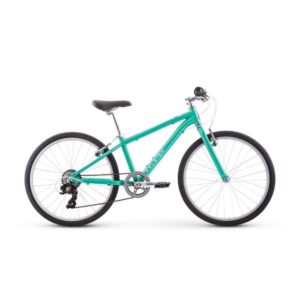 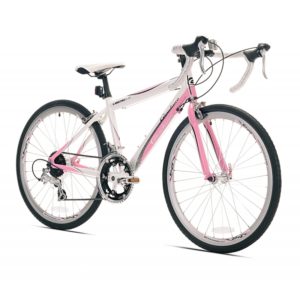 Denise Mueller-Korenek shattered the previous land-speed record for the fastest human on a bicycle on earth. We were with her when she did it. Video: Andria Chamberlin and Michael Kofsky for The Wall Street Journal

At 35 pounds and more than 7 feet long, it’s twice the size of a normal bike. The low-slung frame features geometry cribbed from the bike that Dutch cyclist Fred Rompelberg used to set the existing record at 167 mph in 1995. The walls of the hollow carbon-fiber frame tubes are three times thicker than those of conventional frames. The 17-inch tires were swiped from a motorcycle, since no cycling rubber is rated for anything near these speeds. A steering stabilizer and a custom-tuned suspension fork borrowed from downhill racing dampen irregularities in the unpaved salt track. The compound reduction gear—essentially two drivetrains joined together—is five times larger than a conventional racing bike’s top gear. That’s why pedaling from a standstill is like trying to start a car in sixth gear.

.. Just as important as the bike is the car. Mueller-Korenek will draft an 800-horsepower Top Alcohol dragster—the same one Rompelberg used. It accelerates more smoothly than the supercharged Range Rover SVR she used in 2016, but its aerodynamic fairing creates a low-pressure draft pocket just 46 inches wide, leaving Mueller-Korenek little lateral maneuvering room.

.. Holbrook will feather the throttle to pull as smoothly and quickly as possible over the first mile, which should get her to 110 mph.

Then Mueller-Korenek will release the tether, and Holbrook will accelerate to around 130 or 140 mph, monitoring Mueller-Korenek’s nonverbal communications via a camera: nods to accelerate, head shakes to back off. A color-coded series of lights on the back of the dragster will show Mueller-Korenek how far they’ve gone, and how much track is left.

.. now pedaling around 110 rpm—will have to hold 168 mph between mile markers 4 and 5, where the timing traps measure her average speed. As Holbrook accelerates, the cyclist will push 700 watts for more than a minute to stay inside the draft pocket behind the dragster’s fairing. That’s about what a Tour de France sprinter produces in the final minute of a stage.

.. In 1988, seven years before he set the record, Rompelberg crashed at almost 150 mph at Bonneville. He broke 24 bones.