Time: The Banking Crisis is Over

On the same day that I read an article reporting that the Federal Reserve minutes from the March 17-18 meeting showed that members expressed such great concern that the Fed decided to pump 1 trillion more dollars into the system, I also heard news reporting that things are looking a lot better, with some even preparing to declare victory.

I would think the memory of Iraq should be recent enough that we wouldn’t immediately accept statements saying that we have turned the corner on the financial system, especially without strong evidence that the fundamentals of the crisis have changed.

One statistic that people use to support the optimistic view is Wells Fargo’s projected $3 billion quarterly earnings, but these figures may include temporary profits caused by refinancing, and exclude some losses. To convince me further, I would want to know why Wells Fargo’s charge-offs on bad loans and loss provisions were below expectations . I would also want to know that the Option ARM portfolio it acquired from Wachovia isn’t about to hemorrhage losses. Housingwire says the decision to take fewer charge-offs accounts for a significant portion of these “profits”.

Simon Johnson says that we shouldn’t just be looking at the stock market. While the stock market may be rising, the debt market is indicating a higher probability of defaults.

I have yet to hear a persuasive response to criticism that the “Public/Private Partnership” can easily be manipulated in a way that allows banks to inflate the prices of assets and offload a significant portion of losses on taxpayers. When banks and related parties can participate in the purchase of these assets, the process is ripe for abuse.  There are several examples of how this could be accomplished circulating presently.

Also note that the flaws in the bailout process would likely to be a positive for bank stocks. Newsweek says that Citigroup is buying up more toxic assets in anticipation that they will be able to game the system.

These critiques suggest that the loses the banks have are not likely to be recognized, meaning the banks will likely refuse to sell unless they receive an offer that comes close to the value they hold on their books.
Indeed, though Bank of New York Mellon may be in a different class than some of its peers (I don’t know), Robert Siegal’s interviewwith bank CEO Robert Kelly produced a good soundbite for what will likely be some of his fellow banker’s positions:

Robert Siegal: What are we going to call toxic assets which banks decide are so good that they want to hang onto?

And to throw in another possibility: subsidized and gamed assets.

2 Views on the Crisis

Ultimately there are two views of the crisis:

If this is a crisis of the first type, positive cash flow should indicate that the crisis is abating. If it is the latter type of crisis, we won’t know where we stand until we can get a better sense of what those “optimistic assets” are worth.

Unfortunately, I don’t see how we will know the value of the assets, even after they have been “priced” by the “market” because of the presence of subsidies, gaming, and the unknown future performance of those assets. Merely having a “price” does not solve the problem unless the price is credible or unless the goal is simply to move the “assets” from the private balance sheets to the the taxpayers.

One final note: on re-reading the original Time Magazine “The Banking Crisis is Over” piece I was struck by this sentence:

“There is enough evidence in comments from the CEOs of Citi and B of A and in the Wells Fargo earnings to show that the idea that banks are insolvent and probably in need of nationalization is no longer part of the consideration of how the problems with the system will be settled.”

Really? Is that sufficient evidence? Wells Fargo may have a real quarterly profit, and various CEOs may be saying positive things, but how does that show that the entire banking industry is solvent?
Solvency is independent of quarterly profits, especially given the circumstances under which these “profits” are projected.

It sounded to me as though the author is saying that the banks are obviously solvent, but if you read more closely, you will see that he is actually saying something more subtle: that the possibility the banks are not solvent is not being considered as an option. 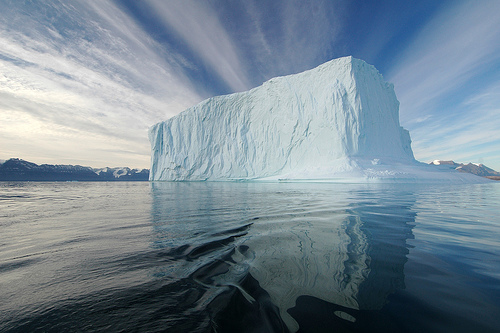 I’m more inclined to believe that the full extent of the financial crisis is like a iceberg, still lurking under water. The size of the iceberg is finite and we may even be able to say that it won’t grow larger (I don’t know),
but how will we know when we understand the full size of the problem?

I’ve traded emails with the author of the Time piece, and he seems to think that I am missing the point of his  piece: the crisis is behind us and, although the remaining piece is large, the rest is a multi-year $1 trillion plus “reclamation” job. I hope so, but I would be surprised.

Since the fall, I’ve said that the credit crisis hasn’t really hit average Americans. One indicator is the amount of  credit extended through credit cards:

I still continue to get cash advance checks in the mail from my bank. These checks would be charged against my credit card, and the only reason why I would use them is that I have a bill that I can’t pay, and that doesn’t accept credit card. (In other words, I’m in financial trouble)

Now maybe the reason why my bank continues to give me 3 “blank checks” at the end of the month is because I have good credit. Maybe its one of those things you can have if you don’t need it, but you can’t have if you do.

In a related development, I read an interesting story about how American Express is calling some of their cardholders and pushing them to submit an early payment. AmEx is also paying some of their customers $300 to close their accounts. 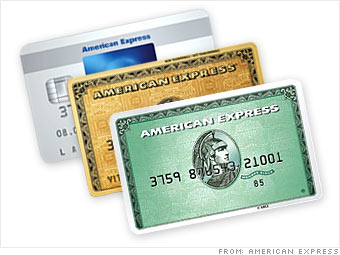 I’m waiting for more stories of this kind. If the credit card companies have identified groups of customers who are overextended, it would really make sense to limit their losses and encourage these customers to transfer their balances elsewhere.